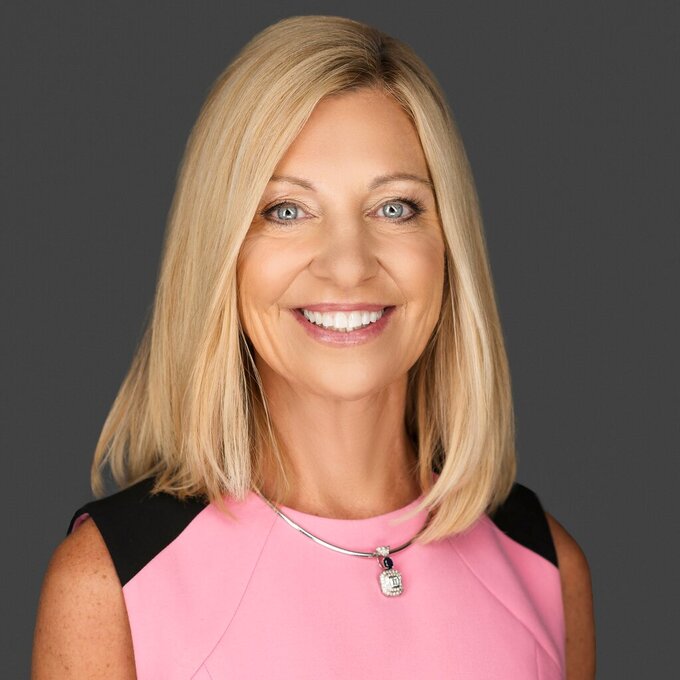 CVS Health has chosen a veteran insurance executive as its new leader with the company shifting more toward helping customers stay healthy and dealing with the COVID-19 pandemic.

The drugstore chain and pharmacy benefit manager said Friday that Karen Lynch will replace Larry Merlo as president and CEO on Feb. 1. She also will join the company's board of directors.

The 64-year-old Merlo has led the company for a decade. He oversaw the company's roughly $69 billion acquisition of the insurer Aetna, a deal completed in 2018.

Merlo, who began his career as a pharmacist, guided the company through a big change a few years ago when CVS stopped selling tobacco products and took a revenue hit because of it.

More recently, CVS health has started opening stores it calls “HealthHubs” that have dietitians and are geared toward helping customers monitor chronic conditions like diabetes and stay on top of their health.

On the pandemic front, CVS Health has administered more than 6 million COVID-19 tests, and Merlo told analysts Friday that the company expects to play a big role in doling out vaccines once they become available.

Merlo said Lynch has a “deep understanding” of the company’s strategy and has been a key leader during the evolution of CVS Health in recent years.

Lynch, 57, is the president of the company’s Aetna insurance division. She came to CVS Health when Aetna was acquired and served as an executive with another insurer, Cigna, before that.

Lynch will take over a business that brought in about $257 billion in revenue last year.

There were 34 female CEOs among companies in the S&P 500 as of late September, according to the executive data firm Equilar. CVS Health will become the largest company in that group, topping General Motors, which is led by Mary Barra.

In the third quarter, revenue at CVS climbed more than 3% to $67.1 billion, and adjusted earnings were $1.66 per share.

Both topped expectations on Wall Street. Analysts forecast, on average, earnings of $1.33 per share on $66.62 billion in revenue, according to FactSet.

Net income dropped 20% to $1.22 billion, mainly due to the early retirement of some debt.

The pandemic hit drugstores hard earlier this year when the economy shutdown and customers stayed home. But there are now signs of a recovery.

CVS Health filled more prescriptions in the third quarter even though the number of new prescriptions is down due to the pandemic, which is still keeping some patients away from the doctor's office.

Operating income grew nearly 17% for the company's pharmacy benefit management business but fell on the health insurance side, due partly to pandemic-related costs.

For the full year, analysts project, on average, earnings of $7.23 per share.

CVS Health Corp., based in Woonsocket, Rhode Island, runs one of the nation’s largest drugstore chains with about 9,900 retail locations. In addition to selling insurance, it also runs prescription drug plans for big clients like insurers and employers through the pharmacy benefit management business.

Company shares climbed nearly 7% to $65.56 in afternoon trading while the S&P 500 fell slightly.

The stock has fallen 17% this year.