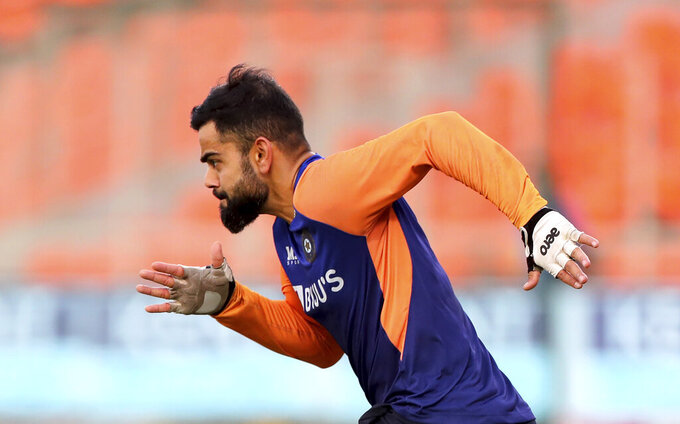 AHMEDABAD, India (AP) — England captain Eoin Morgan won the toss against India in his 100th Twenty20 and opted to field first in the third match of the five-match series at empty Narendra Modi Stadium on Tuesday.

The Board of Control for Cricket in India decided to organize the remaining three T20s without crowds in Ahmedabad due to rising coronavirus cases in Gujrat.

More than half of the 130,000-capacity stadium was filled with spectators in the first two matches of the drawn series.

Fast bowler Mark Wood returns in place of Tom Curran in the only change in England’s XI from the team which lost the second game by seven wickets.

Rohit Sharma will open the innings with Lokesh Rahul for India after being rested for the first two games. Sharma replaced Suryakumar Yadav.

Captain Virat Kohli said at the toss that Ishan Kishan, who scored a brilliant century in his T20 debut on Sunday, will bat at No.3.