Everton can host derby when Liverpool could clinch title 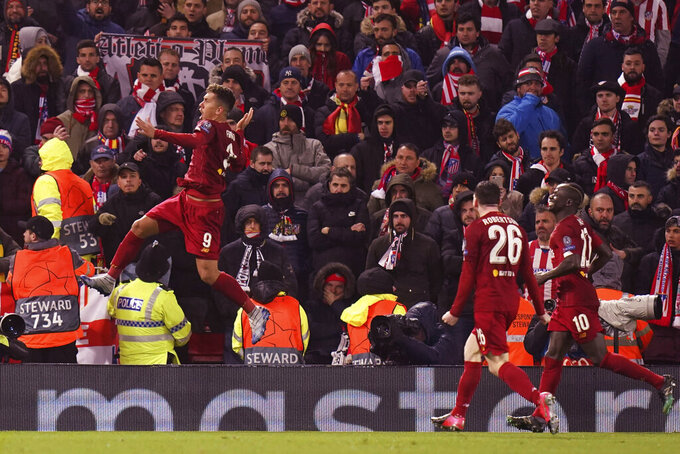 MANCHESTER, England (AP) — Liverpool could win the Premier League at the home of city rival Everton after local authorities approved Goodison Park being used for the game rather than a neutral venue.

The announcement came as plans intensified for the resumption of the league next Wednesday after a 100-day shutdown because of the pandemic. All games will be closed to fans for the remainder of the season, but police have been concerned that supporters will still congregate outside stadiums during big games.

That meant the Merseyside derby on June 21 had been expected to be staged outside Liverpool. But the Ground Safety Advisory Group in Liverpool has determined Anfield and Goodison Park can be used for Liverpool and Everton matches.

Liverpool could clinch the trophy by beating Everton if Manchester City loses to Arsenal next Wednesday.

“A lot of factors have been taken into consideration by the GSAG, especially the safety of the players, match officials and staff in attendance at both stadia," Liverpool Deputy Mayor Wendy Simon said.

“We are confident the measures in place will allow the matches to be held behind closed doors without any detrimental impact to all concerned and recommend to the city council that the safety certificates for both grounds be amended to allow this to happen.”

The financial impact of the shutdown and fans not being allowed into games is already being felt by clubs — including Everton.

The squad has agreed to defer up to half of their pay for three months. Manager Carlo Ancelotti and his backroom staff took voluntary cuts and deferrals of up to 30% from the start of the pandemic in March.

Everton will be without Theo Walcott for the restart after the forward had an abdominal operation as the team returned to practice. He is not expected to return to training for four weeks, joining midfielder Jean-Philippe Gbamin and defender Yerry Mina on the injury list.