Faf du Plessis to play in PSL for Peshawar Zalmi 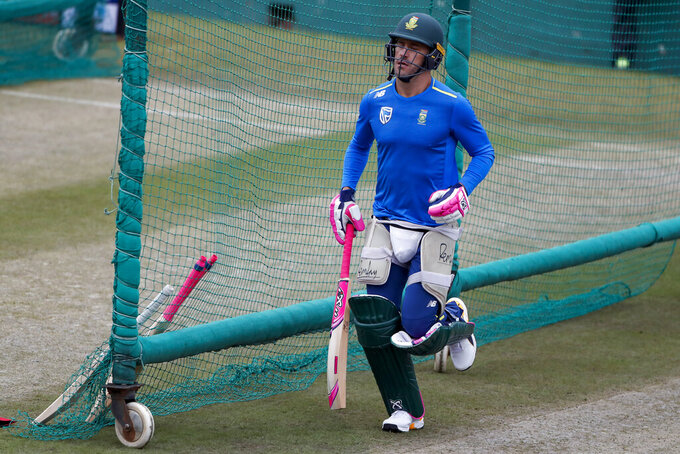 The PSL playoffs were postponed in March because of the coronavirus pandemic and will now be played between Nov. 14-17.

Du Plessis will be making his PSL debut and represent Peshawar Zalmi in Pakistan’s premier Twenty20 tournament. He last visited the country in 2017 and led the ICC World XI in a three-match Twenty20 series in Lahore.

“I am very excited to join Peshawar Zalmi for the playoff stage games of PSL 2020,” du Plessis said in a statement, issued by the Pakistan Cricket Board on Monday. “I have fond memories of playing in Pakistan when I toured with the ICC World XI in 2017 and I am sure this experience, although different due to COVID-19, will be a memorable one as well.”

The South African represented Chennai Super Kings in the Indian Premier League, but his 449 runs in 13 league matches was not enough to see his franchise through to the playoffs.

Du Plessis will replace Kieron Pollard, who will be in New Zealand with the West Indies team.

Among other notable foreign players will be Alex Hales and James Vince of England, Sherfane Rutherford of the West Indies, and Tamim Iqbal and Mahmudullah of Bangladesh. Hanes and Rutherford will represent Karachi Kings, while Vince and Mahmudullah play for Multan Sultans and Iqbal represents Peshawar.