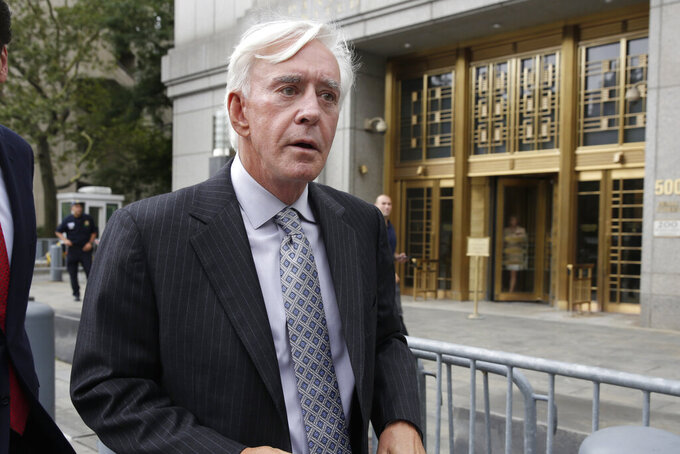 LAS VEGAS (AP) — A prominent Las Vegas professional gambler who was convicted and sentenced in New York in a federal insider trading case linked to pro golfer Phil Mickelson and Dallas-based Dean Foods Co. has been released to home confinement in the San Diego area, his attorney said.

William “Billy” Walters was released from a federal prison camp in Pensacola, Florida, under a prison coronavirus release program and arrived Friday in California to serve the remainder of his five-year sentence for fraud and conspiracy, attorney Richard Wright said.

Walters was classified as at-risk under a Bureau of Prisons program to move inmates to avoid the spread of the virus causing the COVID-19 respiratory illness, Wright said in Las Vegas.

Walters, now 73, was found guilty in 2017 of using information from then-Dean Foods chairman Thomas Davis to amass what prosecutors said amounted to more than $40 million in illegal profits during eight years of stock trades.

Davis was convicted in the federal case and sentenced in 2017 to two years in prison.

Michelson, who authorities said had owed gambling debts to Walters, forfeited $1 million to settle a federal Securities and Exchange Commission civil case. He was not charged criminally.

The judge who sentenced Walters also fined him $10 million after noting his fame and philanthropy in Las Vegas and ownership of a private plane, a $17 million West Coast home and $175 million in earnings from 2011 to 2015.