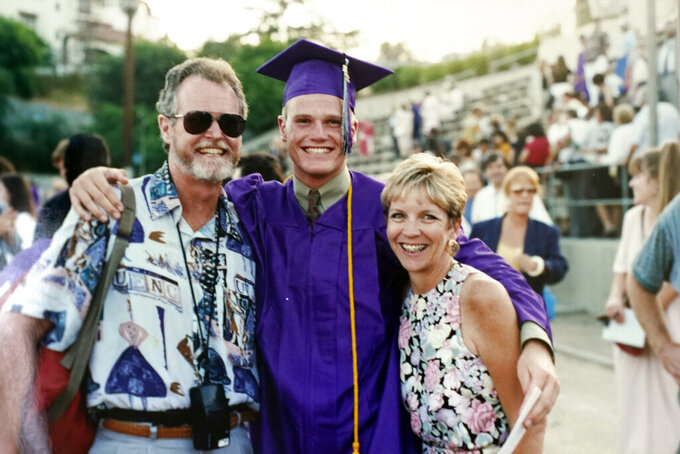 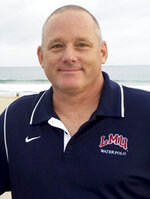 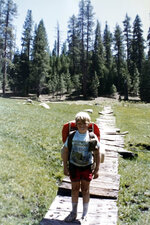 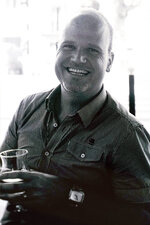 LOS ANGELES (AP) — The snapshots tell the story of a big man with a big, beaming grin.

The McIlvain family passes around the pictures, laughing over their son Charlie's antics captured through the years: Charlie as a youngster camping with a backpack bigger than him, Charlie cheesing for the camera on Christmas with bows stuck to his newly balding head, Charlie in a kilt on his wedding day with lovestruck eyes.

There aren't any new photographs to share, only old memories that bring up pain and grief and unspeakable tragedy barely a year old.

Charles McIlvain died on Sept. 2, 2019, at 44. He was one of 34 victims who were killed aboard the Conception — 33 passengers and a new deckhand — trapped below deck on a scuba diving boat that caught fire and sank off the Southern California coast. The boat's captain — one of five crew members who survived — was indicted Tuesday on federal manslaughter charges for one of the deadliest maritime disasters in modern U.S. history.

“It was so hard to look at pictures of him at first,” Kathleen “Mama K” McIlvain said as she stared at the faded photographs in her lap, “because you just expected him to walk in the door.”

The McIlvains and the grieving families of the 33 other victims have endured a year of firsts — the first anniversary, first birthdays, first holiday season without their loved ones — amid the coronavirus pandemic. It's forced them to mourn both alone, canceling memorials where they had planned to scatter the ashes at sea, and together over Zoom.

The first year has also propelled them into action: The families have formed a group they are calling “Advocacy34” to push for strengthened boating regulations and requirements for passenger vessels, such as improved fire and safety training protocols and the installation and use of monitoring devices that would ensure there is a night watch on deck.

Legislation covering some of the changes the families have championed for passenger vessels like the Conception is included in the National Defense Authorization Act currently before Congress. A vote hasn't been scheduled, but previous bills have traditionally passed with bipartisan support. This year, however, President Donald Trump is threatening to veto the act unless it ends protections for internet companies that shield them from being held liable for material posted by their users.

“We will fight,” Kathleen McIlvain said Thursday at her Woodland Hills home. “If this doesn't get passed this time, they're not getting rid of us.”

Jerry Boylan, the boat's captain, was indicted Tuesday on allegations of “misconduct, negligence and inattention” by failing to train his crew, conduct fire drills and have a roving night watchman on the Conception. While federal safety investigators blamed the owners of the vessel, Truth Aquatics, for a lack of oversight, they were not charged with any crime.

In fact, Coast Guard records show the Conception had passed its two most recent safety inspections. The National Transportation Safety Board — which has the power only to recommend changes, not mandate them — has blasted the Coast Guard for what they describe as insufficient rules like a lack of a requirement for interconnected smoke detectors in all accommodation spaces and poor emergency escape arrangements.

The families — who have mounted a campaign of letter writing and phone calling to elected officials — say legislation is necessary so other lives aren't lost in future, preventable tragedies. U.S. Rep. Salud Carbajal, a Democrat whose district includes Santa Barbara County where the fire occurred, pledged to reintroduce the bill in the next congressional session if necessary.

“For me, I think I have to do this for my kids so that they see that their dad’s death was not in vain," said Christine Dignam, whose husband, Justin, died aboard the Conception at 58. "That we’re going to make some good things come out of this, even though we can’t bring him back.”

Justin Dignam loved Thanksgiving. The Anaheim Hills resident's favorite holiday always included a huge turkey and tons of side dishes. His family replicated it this year, and toasted his loss with a bottle of his favorite cabernet from a California winery, coincidentally and heartbreakingly named the Justin Vineyards and Winery.

The blaze's cause remains under investigation and may ultimately remain undetermined. But Jennifer Homendy, the NTSB member who traveled to Santa Barbara in the wake of the tragedy, said regardless of what sparked the fire, there were conditions present on board that allowed it to grow undetected to a point where the 34 victims couldn't evacuate.

Homendy has worked with the families to push for the NTSB's suggestions to be implemented. The Coast Guard declined to comment on the federal legislation. But a spokesman said the safety board's proposals are being considered and officials are reviewing the possibility of creating a safety management system regulation for passenger vessels.

"I’m always just taken aback by how much families dedicate time and just put their hearts into implementing our final recommendations to save somebody else’s life in the future," Homendy said. "To me, they’re the real heroes.”

As they wait for the recommendations to go through Capitol Hill, the families are also fighting civilly. The families of 32 victims have filed claims against the boat owners, Glen and Dana Fritzler, and Truth Aquatics. In turn, the Fritzlers and the company have filed a legal claim to shield them from damages under a maritime law that limits liability for vessel owners.

Maggie Strom said the families banding together has provided her comfort amid a year of nonstop grief as she quarantines with her two sons outside Memphis, Tennessee. Her husband, Ted, was killed two days before their eldest's 18th birthday.

She wonders what Ted, a 62-year-old staff physician at the Memphis Veterans Affairs Medical Center who delighted in fighting bureaucracy and writing letters to newspaper editors, would have thought about her foray into politics.

“Had this been the other way around, I know he would be the one advocating and be the one leading for change,” she said.

The couple planned to eventually move to Northern California, where they met and married in the late 1990s. He would have turned 64 on Monday.

“He wanted to be an old, retired guy volunteering at the aquarium,” his widow said.