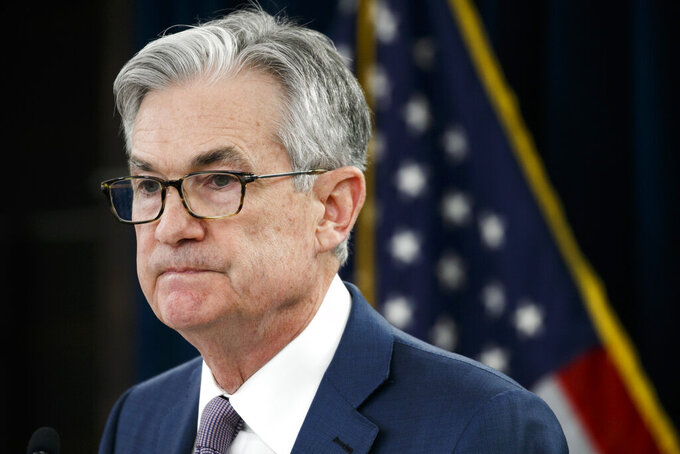 Not only is there the difficulty predicting how the coronavirus pandemic will play out, it is also unclear how American workers and consumers will react as lockdowns aimed at limiting the spread of the virus are lifted, Powell said in an address to a virtual Fed conference.

Successfully restarting the economy will depend in large part on the public’s confidence that the loosening of the stay-at-home orders will not trigger a resurgence of the virus, he said.

“The pain of this downturn is compounded by the upending of normal life, along with great uncertainty about the future,” he said. “All of us have our own decisions to make ... and those decisions will depend on public confidence that it is again safe to undertake various activities.”

He noted that the country is going through a sudden and severe economic downturn that is without modern precedent.

“It has already erased the job gains of the past decade and has inflicted acute pain across the country,” Powell said. “And while the burden is widespread, it is not evenly spread. Those taking the brunt of the fallout are those least able to bear it.”

The Fed has cut its benchmark interest rate to a record low of zero to 0.25%, purchased $2 trillion of Treasury and mortgage-backed securities and launched a number of programs aimed at keeping the financial markets functioning.

Powell did not send any signals in his remarks about what the Fed might do next but Fed Vice Chairman Richard Clarida, speaking at a different event, repeated the Fed's pledge to use all of its tools to protect the economy and promote a strong rebound.

“The Federal Reserve will continue to act forcefully, proactively and aggressively as we deploy our toolkit ... to provide critical support to the economy during this challenging time,” said Clarida, who spoke by webcast to the New York Association for Business Economics.

Powell and Fed board member Lael Brainard spoke at the 15th “Fed Listens” event, which the central bank began holding last year in an effort to gather public input into possible changes the central bank should make in the way it conducts interest-rate policies. The Fed still hopes to release its findings later this year.

Pat Dujakovich, president of the Greater Kansas City AFL-CIO, told the Fed officials that his concern is that many workers, especially those who had just gained jobs as unemployment fell to a 50-year low before the virus struck, could lose hope of ever getting back into the labor force.

He said while many low-income workers had been helped by the Paycheck Protection Program and expanded unemployment benefits, “The question we are struggling with is what is going to last longer, the (benefit) money or the virus.”

Powell said it is “tragic” and “heartbreaking” to see unemployment surging now after it had been so low at the start of the year.

“This is a hard, hard blow,” Powell said. But he said it is important to remember that the economy will recover and disadvantaged communities “will always have our support.”