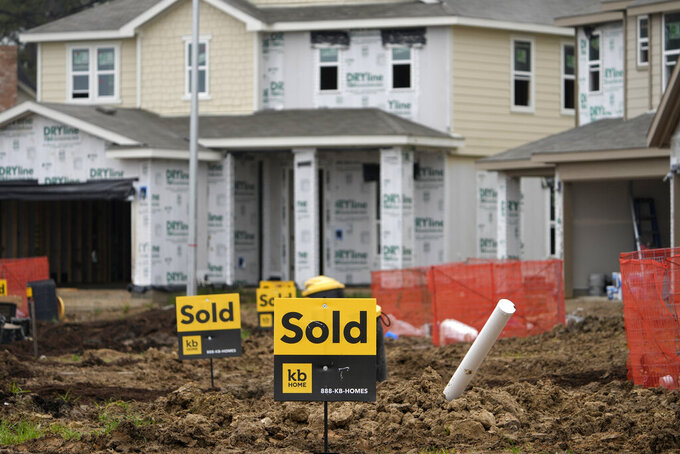 The National Association of Realtors’ index of pending home sales fell 4.4% to 106.2 in April, a third straight sluggish month after nearly a year-long rebound from the depths of the pandemic. The decline this month was far greater than economists were expecting heading into the summer.

Contract signings, considered a barometer of purchases that will take place in the next two months, are more than 50% ahead of where they were last April, however, that was in the early stages of the coronavirus pandemic and virtually everything had been shut down. April's decline could portend a weak summer in the housing market despite soaring prices and historically low interest rates enticing buyers.

While there are plenty of people looking to buy, there are not as many people willing to pack up and leave their current homes. That has led to a near record-low number of houses on the market. That lack of inventory — along with sky-high costs for building materials like lumber — has pushed prices of new and existing homes to record highs.

Within the last week, separate reports showed that sales of both previously occupied homes and new homes both fell in April. Another indicated that prices rose in March rose at the fastest pace in more than seven years.

Competition for homes is fierce as individual investors and Wall Street firms jump into the market at the same time that millennials are doing the same in greater numbers. Combine that with worker and materials shortages that limit builders’ production and you get rapidly rising home prices.

The hyper-competitive market has been especially hard on first-time homebuyers, who are accounting for fewer and fewer purchases.

Of the four major U.S. regions, only the Midwest — which has the most affordable houses — showed a gain in contract signings from the previous month.