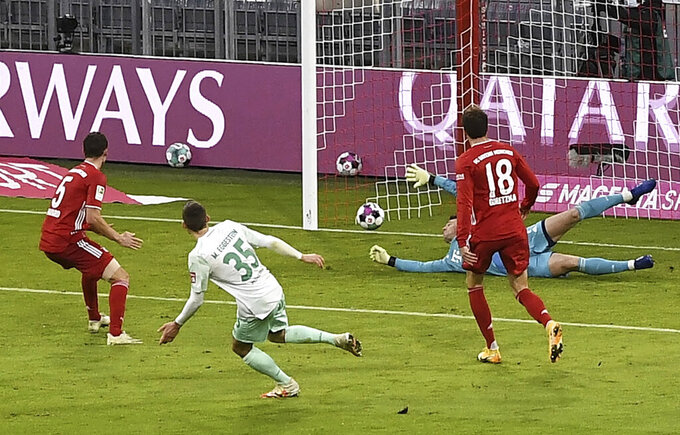 ZURICH (AP) — FIFA extended the smaller Club World Cup format for one more year Friday after a 24-team revamp scheduled for China in June 2021 was delayed because of the coronavirus pandemic.

Japan was chosen to host a traditional, seven-team Club World Cup in December 2021.

FIFA wanted a December 2020 edition in Qatar to be the last with seven teams — six continental champions and the host nation’s domestic league winner. The format often attracts little interest and is routinely won by the European club.

The 2020 edition was pushed back to February to allow time for Asia, North America and South America to complete their delayed club championships.

The 24-team relaunch in China was squeezed off the soccer calendar after the COVID-19 pandemic took hold in March. UEFA and South American soccer body CONMEBOL also postponed their national team tournaments by one year.

The 24-team Club World Cup is “still on the agenda, we just haven’t decided when it will take place,” FIFA president Gianni Infantino said during a virtual news conference.

June 2025 is a possible option for the kind of high-revenue, competitive Club World Cup that FIFA wants to create. The 2022 calendar is already congested with the World Cup in Qatar, China will host the 2023 Asian Cup, and the subsequent European Championship and Copa America are scheduled for June 2024.

FIFA moved one event from Japan on Friday. The 2021 annual congress will no longer be staged in Tokyo and will instead be a virtual online meeting in May.