Florida sheriff bans masks for deputies with some exceptions 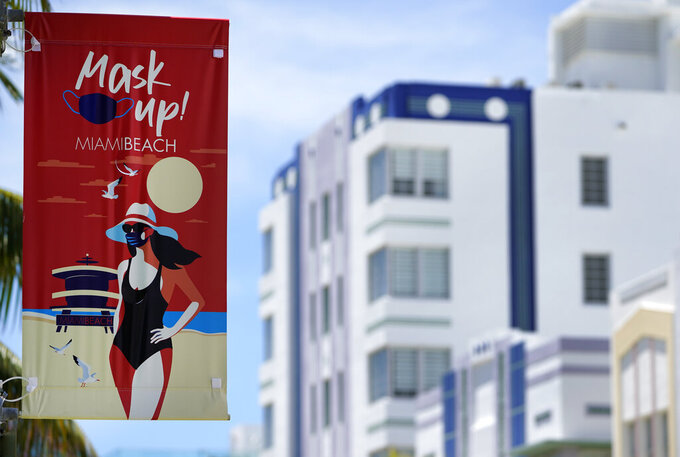 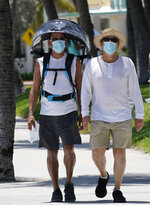 ST. PETERSBURG, Fla. (AP) — A central Florida sheriff says his deputies won’t be allowed to wear face masks except under some conditions, and neither will visitors to the sheriff’s office.

Marion County Sheriff Billy Woods said in an email to staff that he had weighed both sides of the issue amid the ongoing coronavirus pandemic.

“Now, I can already hear the whining and just so you know I did not make this decision easily and I have weighed it out for the past 2 weeks,” Woods said in the message earlier this week.

In July, the federal Centers for Disease Control and Prevention asked Americans to wear masks against the virus. “There is increasing evidence that cloth face coverings help prevent people who have COVID-19 from spreading the virus to others,” the CDC had said.

On Wednesday, Florida reported 213 new coronavirus deaths. That brought its overall fatality total to 8,898 and its average daily deaths over the past week to 164. That’s down from the state’s peak rate of daily deaths of 185 a week ago. The peak rate for New York — a state of comparable population — was more than 760 in mid-April.

Also Wednesday, there were more than 8,100 new infections reported in Florida, for a total of 550,000 known cases in the state since the start of the pandemic.

The number of people treated in Florida hospitals for the virus continued a three-week downward trend, standing at 6,538 by late morning Wednesday — down from highs of more than 9,500.

Woods, the Marion County sheriff, said exceptions to his mask prohibition will be made for deputies at jails, schools, courthouses, hospitals, nursing homes and when dealing with someone who is elderly or has COVID-19. In these situations, the mask should be removed when giving orders or commands to comply, the sheriff said.

At the sheriff’s office, masks won’t be allowed so that visitors can be easily identified and there is clear communication, the sheriff said.

The sheriff’s decision came as the county’s largest city, Ocala, about 80 miles (130 kilometers) northwest of Orlando, was debating implementing a face mask mandate. The Ocala City Council passed an emergency ordinance last week requiring facial coverings inside businesses, but the mayor vetoed it. The council is considering a possible override of the veto.

Also Wednesday, a day after Martin County schools reopened for in-person learning, one class at SeaWind Elementary School was sent home after a student exhibited symptoms commonly associated with COVID-19, Treasure Coast Newspapers reported. The nine students who were in the classroom will be required to quarantine for 14 days, district spokesperson Jennifer DeShazo told the newspaper. Other students who were already enrolled in remote learning will continue doing so.

Meanwhile in South Florida, a Miami Beach spokeswoman said the city has issued 288 violations citywide for lack of facial coverings since July 23. Violators have 30 days to pay the $50 fine and the civil citation cannot be appealed, spokeswoman Melissa Berthier said. ___