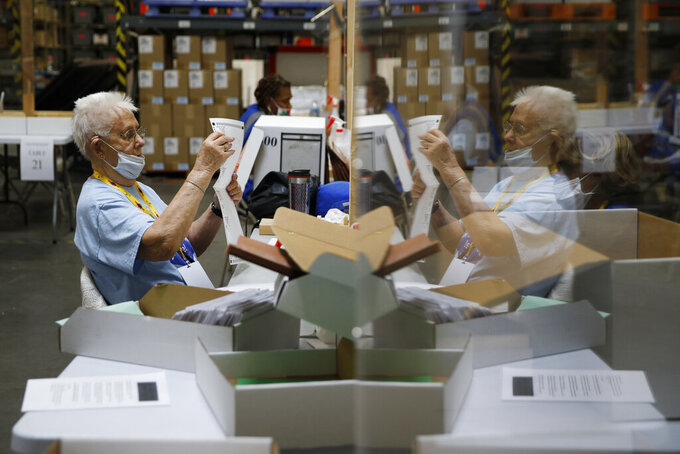 In an election cycle where traditional door-knocking and glad-handing took a backseat to the coronavirus pandemic, Lange's support from Reid and the influential Culinary Union Local 226 may have been blunted, putting her behind in the costly Democratic primary battle.

Results published at 2:30 a.m. showed Lange trailing Assemblywoman Ellen Spiegel 40% to 33%. The Nevada Secretary of State is next scheduled to update vote totals on Thursday and will continue to count ballots for up to a week.

The results underscored how the coronavirus has upended U.S. elections and powerful players like the Culinary Union, which represents restaurant, hotel and casino workers in the Las Vegas area. The union is known for using a well-developed ground game to get out the vote for its preferred candidates in typical election years.

Democrats outnumber Republicans 2-1 in the Las Vegas district and the race drew no Republican or third party challengers. So if Spiegel’s lead holds, she will succeed incumbent Democrat David Parks, who was term-limited out of running for reelection.

Long lines and extended wait times at the limited number of polling places in Nevada delayed the initial publication of election results to early Wednesday morning.

Former Sparks Assemblywoman Jill Dickman defeated political newcomers in the GOP primary in Assembly District 31 after she was passed up for an endorsement by the Assembly Republican Caucus. Dickman will get her fourth chance to take on Sparks Democrat Skip Daly in November. The two candidates have run against each other in every general election since 2014.

If results hold in Nevada's 5th Assembly District, a Miller-versus-Miller matchup could be on the horizon. Three Republicans hoping to run against Assemblywoman Brittney Miller ran in their party's primary in the Las Vegas District and early returns showed Mack Miller, who is not related to the assemblywoman, leading with almost 50%.

Democrats won control of both chambers of Nevada’s legislature in 2016 and currently hold 13 out of 21 seats in the Senate and 29 out of 42 seats in the Assembly.

But some among the party’s progressive wing have been disappointed that the lawmakers haven’t done more to address issues like affordable housing or government transparency.

The next legislative session is poised to address the coronavirus pandemic’s impact on Nevada and redraw the state’s congressional and statehouse district boundaries.

Ten state senate seats are up for election in November. In the three districts where Democrats and Republicans are closest in voter registration, each party’s sole candidate automatically advanced to the November election.

Democrats and Republicans will also compete for several Clark County swing assembly districts in November, where their registration numbers are separated by less than 5 percentage points.

In Assembly District 37, where Democrats outnumber Republicans by 1.5 percentage points, Andy Matthews leads the Republican field with 47% and appears poised for a November match-up against Democrat Shea Backus, who flipped the seat in 2018.