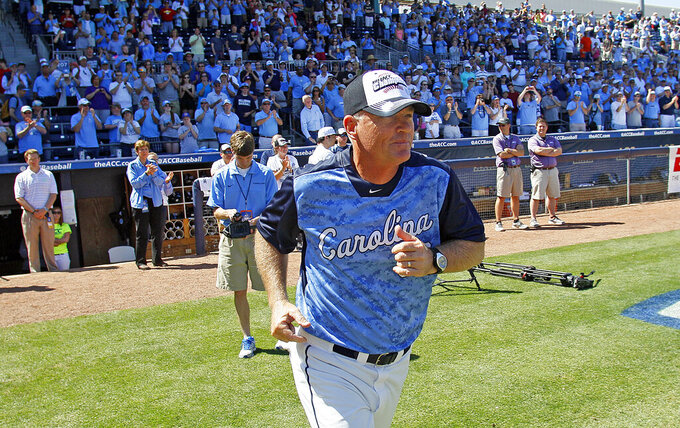 The school announced Fox’s decision Friday after 22 seasons at his alma mater. He won 1,487 games overall in a 37-year head-coaching career, standing as college baseball’s winningest active coach before the coronavirus pandemic wiped out the remainder of the season in March.

In a statement, Fox, 64, said the months since opened more time for family, including a new grandchild.

“Life slowed down for (wife) Cheryl and me, and we discovered the enjoyment of a simpler life,” Fox said. “Thankfully I am healthy, and I feel this is the right time to step away from the rigors of coaching. I will miss the players, coaches, co-workers and our great fans, but it is time for me to be a full-time husband, father and grandfather, and do other things with my life."

Forbes has spent 19 seasons on UNC's staff, including the past 15 under Fox and 10 as associate head coach. His tenure includes Fox's three Atlantic Coast Conference championships and seven College World Series trips, most recently in 2018 with runner-up finishes in 2006 and 2007.

“He turned down several opportunities to move on to other jobs to stay at Carolina,” Fox said of Forbes. “He is more than ready to be a head coach and will do an excellent job.”