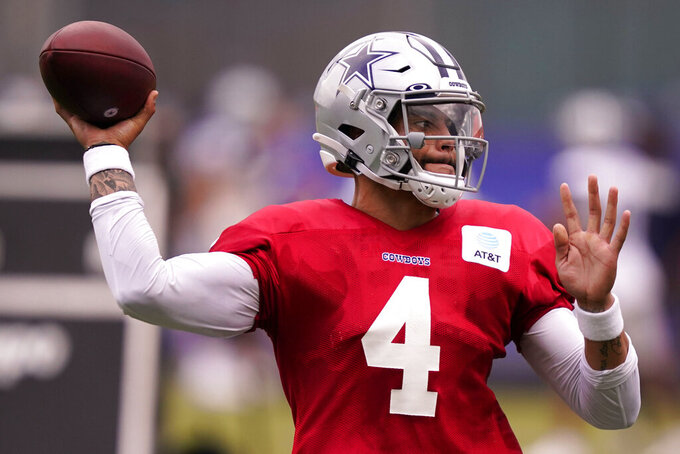 Bayless said on his “Undisputed” show Thursday “I don’t have sympathy for him going public with, ‘I got depressed’ and ‘I suffered depression early in COVID to the point that I couldn’t even go work out.’ Look, he’s the quarterback of America’s team.”'

Prescott said during a television interview that the coronavirus pandemic and the suicide of one of his brothers by suicide this spring carried a heavy emotional burden. He told reporters on Thursday that he sought help from family and the Cowboys.

That wasn't good enough for Bayless, who said that Prescott should have kept his struggles private or shared with only a limited group of people because of his role as an NFL starting quarterback. Co-host Shannon Sharpe quickly rebuked Bayless for his remarks.

Fos Sports said in its statement that Prescott showed courage in revealing his struggles with depression and mental health before admonishing Bayless.

"We do not agree with Skip Bayless’ opinion on Undisputed this morning. We have addressed the significance of this matter with Skip and how his insensitive comments were received by people internally at Fox Sports and our audience,” the statement said.

Bayless moved from ESPN to Fox in 2016. His four year, $25 million contract expires this month.