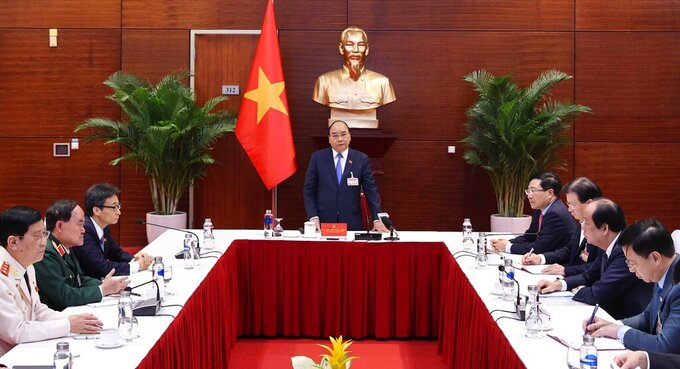 Seventy-two of the cases came from an electronic company in Hai Duong province, where a 34-year-old female employee tested positive after her colleague was found to carry the virus from Osaka, Japan, several days earlier, the Health Ministry said.

It said the woman who was tested in Japan carried the U.K. variant, which could spread faster.

The company with over 2,200 workers was closed for disinfection and the provincial authority locked down surrounding communities to curb the outbreak.

The ministry said over 3,000 people in the area will be tested.

Meanwhile, in neighboring Quang Ninh province, 10 people tested positive after a man working at Van Don International Airport was confirmed to be infected.

Vietnam has so far reported 1,553 cases. There has been no report of connection between the two clusters in Hai Duong and Quang Ninh.

The fresh outbreak comes as nearly 1,600 delegates of Vietnam’s ruling Communist Party convened in Hanoi to set out the country’s policies and elect a new set of leaders for the next five years.

Prime Minister Nguyen Xuan Phuc called for an urgent meeting Thursday morning on the sidelines of the congress to discuss action to contain the outbreak, official Vietnam News Agency reported. There were no details.