Georgia schools to get $2B in new federal coronavirus aid 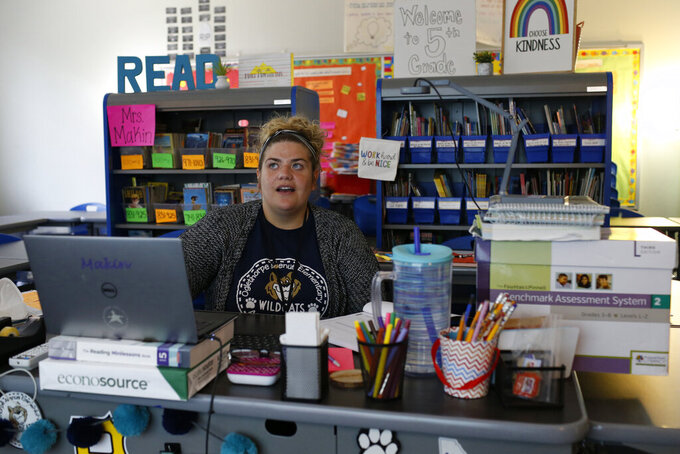 Megan Makin checks on her fifth grader students during a lesson, at Oglethorpe Avenue Elementary school in Athens, Ga., on Thursday, Sept. 24, 2020. Due to the ongoing COVID-19 pandemic Athens-Clarke County Schools are doing distance learning to start this fall. (Joshua L. Jones/Athens Banner-Herald via AP) 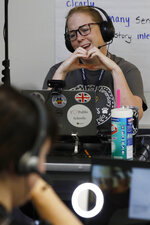 That will include $1.7 billion that will be given to school districts based on their proportion of students from low-income families and $189 million that the state Board of Education will control and can be used on things like internet service for students.

The state Board of Education is likely to vote to accept and distribute the aid on Thursday, after discussing the plans Wednesday. School districts will get roughly four times as much money as they got last year under last year's original Coronavirus Aid, Relief and Economic Security Act.

The allocations will range from as much as $189 million for the DeKalb County school district to $367,000 for the Glascock County school district. The state's freestanding charter schools will also each get a slice of the funds. Districts and schools have through September of 2022 to spend the money.

Some state Board of Education members questioned distributing the money based on poverty during a work session Wednesday, saying instead that they would like to give it out on a per capita basis that would provide equal benefits to all students. However, state Department of Education officials said the state's hands are tied and that the first, smaller round of federal aid was distributed the same way.

The money flows down in a year when the state cut $950 million from its K-12 spending formula, which is based mostly on enrollment. With tax collections running above expectations, how much money lawmakers and Kemp can restore to K-12 will be a major focus of the current legislative session.

Matt Cardoza, the chief communications officer for the Georgia Department of Education, told board members Wednesday that some districts had been holding on to some of their original round of federal aid, unsure whether to expect more. He said department officials expect that money to be spent now that districts know a much larger amount will be arriving shortly.

“In terms of usage it's very flexible,” Cardoza said. “They've done a great job using it.”