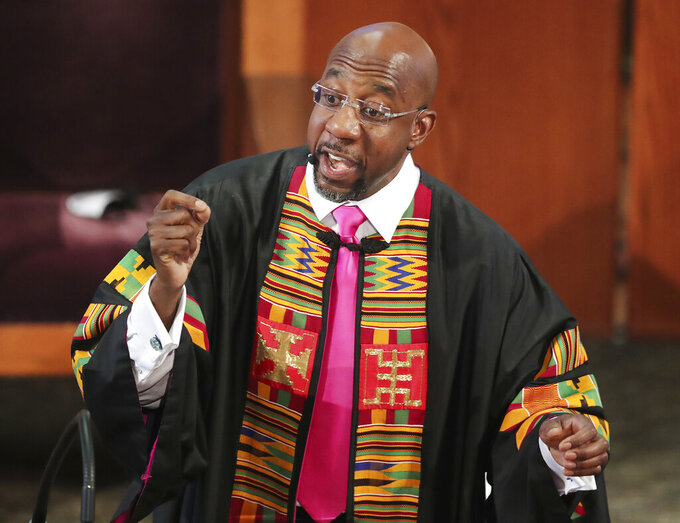 ATLANTA (AP) — A debate between the candidates vying for Republican Sen. Kelly Loeffler’s seat has been canceled after Loeffler and top Democrat Raphael Warnock declined to participate, according to a letter sent by the organizers.

WSB-TV announced the cancellation of the debate, scheduled for Nov. 1, in a letter sent to the candidates.

“Sen. Kelly Loeffler and Rev. Raphael Warnock have both declined to participate,” the letter reads. “Our goal had been to stage an event where Georgia voters would receive a fair look at the main candidates in this race. Without their participation this is not possible, and for that reason WSB-TV has made a decision to cancel Sunday’s noon debate.”

The debate had already been postponed because of scheduling issues.

Republican Rep. Doug Collins, who has been locked in a battle for GOP voters with Loeffler, slammed her in a statement. “I am disappointed that Kelly lacked the courage to join me in the arena of ideas,” Collins said.

Loeffler spokesman Stephen Lawson hit back, saying: “WSB saving Doug Collins from another debate embarrassment is about the only thing going right for his campaign.”

Loeffler faces a crowded field in a special election for the U.S. Senate seat she was appointed to 10 months ago to replace retiring GOP Sen. Johnny Isakson. The candidates faced off in one debate, held virtually with participants joining from separate locations because of the coronavirus pandemic, on Oct. 19.

With 20 candidates in the race, there is a high likelihood that it could extend into overtime with a Jan. 5 runoff — required between the top two candidates if no one gets more than 50% of votes in November’s election.