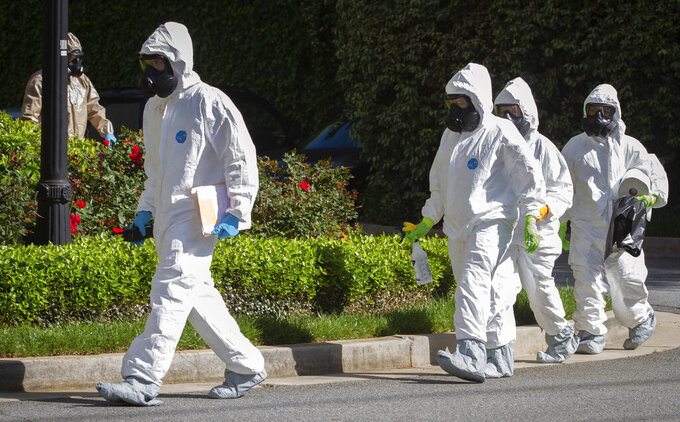 ATLANTA (AP) — Two hundred hospital beds will be set up in a large convention center in Atlanta as an alternative treatment site for patients with mild to moderate cases of the new coronavirus, Georgia Gov. Brian Kemp said Sunday.

The first parts of the temporary site should be available in about a week, and the site will be used for patients who do not need to be on ventilators. Kemp said projections show Georgia could hit its peak of the virus in late April.

“We are working around the clock to prepare for future needs and ensure the health and well-being of our state,” said Kemp, a Republican.

The number of COVID-19-related deaths in Georgia more than doubled in a week, The Atlanta Journal-Constitution reported. On April 5, the health department reported 211 deaths.

Health officials have conducted more than 54,400 tests in Georgia, and about 23% of those have been positive. Fulton County has the most confirmed cases with at least 1,467, and numbers have been growing at Georgia’s nursing homes and senior care facilities. The number of long-term care facilities with outbreaks was 80 as of Friday.

For most people, the coronavirus causes mild symptoms like fever and a cough that resolve in two to three weeks. But for some, especially older adults and people with existing health problems, more severe symptoms can occur, including pneumonia, that can lead to death.