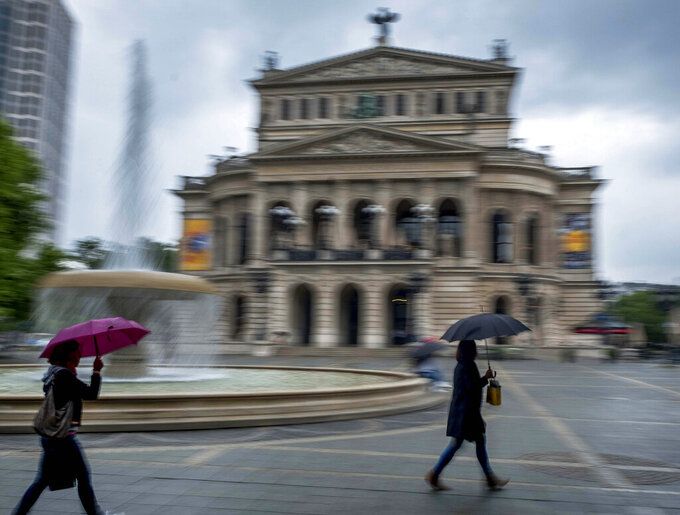 BERLIN (AP) — Factory orders in Germany plunged even more than anticipated in April, underlining the effect the coronavirus pandemic has had on Europe's largest economy.

The Economy Ministry said Friday that industrial orders dropped 25.8% in April over the previous month, in figures adjusted for seasonal and calendar effects.

Economists had been predicting a 19.9% drop for April, which is thought to have been the worst month of the economic deterioration ascribed to the pandemic and lockdown measures meant to slow its spread.

The decline followed a 15% drop already in March, and suggests lean times ahead for German industry.

Germany is already in a recession and the government's economic advisers are predicting a contraction of between 6% and 7% in 2020.

Germany this week agreed on 130 billion euros ($148 billion) in stimulus measures, including tax breaks and subsidies for buying electric vehicles, which comes on top of 540 billion euros in financial aid from eurozone governments that includes credit lines from the euro bailout fund, as well as a longer-term EU recovery fund of 750 billion euros that is still being worked out.