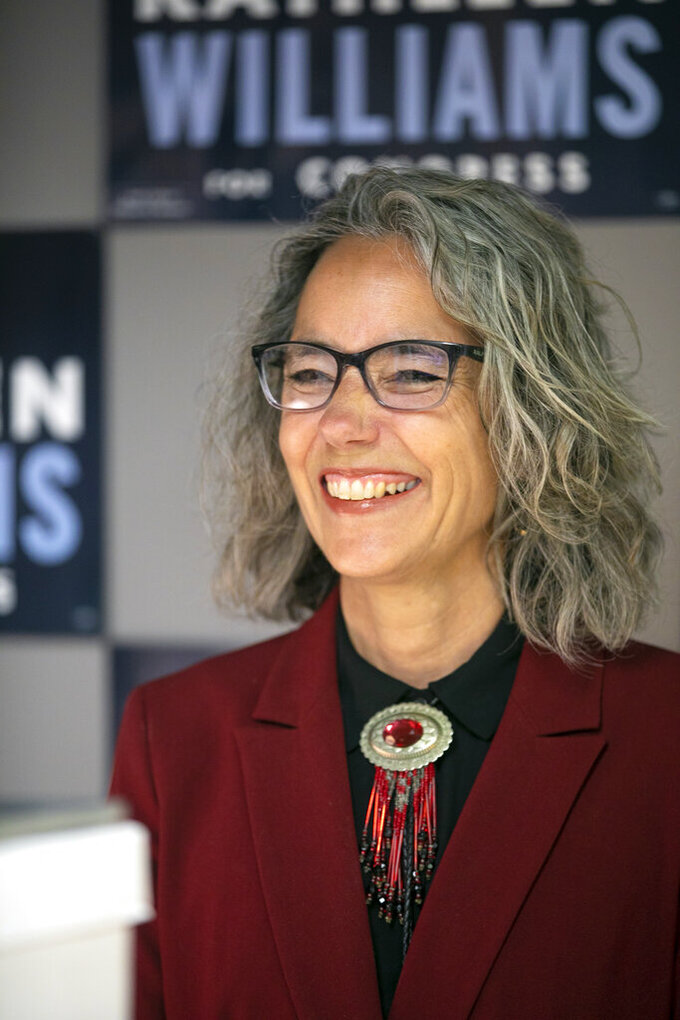 BILLINGS, Mont. (AP) — Republican Rep. Greg Gianforte and Democrat Mike Cooney will face off in the Nov. 3 election for Montana governor after prevailing over their opponents Tuesday in a mail-in primary that saw huge voter participation.

Cooney, 65, fended off a strong challenge from Missoula businesswoman Whitney Williams, whose political connections boosted her campaign but proved not enough. Cooney has pledged to carry forward many of the policies of incumbent Gov. Steve Bullock, who defeated Gianforte four years ago but is prevented by term limits from seeking to keep the seat.

Republicans are seeking to end 16 years of Democratic domination of the governor’s office and the nominees will offer voters a clear contrast. Cooney has spent his career in state politics, including three terms as secretary of state, while Gianforte entered politics late after building a fortune from developing a start-up technology company that was sold to Oracle in 2011.

Cooeny contends his decades in government will be key to leading the recovery from the economic damage of the coronavirus pandemic. He said he'll also work to protect public lands, keep dark money out of politics and make healthcare affordable.

“We're going to see there's a great distinction between our Montana values and where I think Greg Gianforte will take his campaign," Cooney told The Associated Press after being declared the Democratic winner. “I bring a tremendous amount of experience to the job. We're going to be able to hit the ground running.”

Gianforte points to his track record creating private-sector jobs. As a lawmaker, he has urged getting government out of the way of industry.

“From my perspective, people want business experience in the governor's office and there's an awful lot of folks hurting right now with unemployment where it is, with the economic and public health crisis," he told AP. “I'm ready to roll up my sleeves on day one and get the economy working again."

Despite spending more than $5 million of his own money in 2016, Gianforte lost to Bullock in an election that saw President Donald Trump win Montana by a 20-point margin. Gianforte was ambivalent toward Trump in that campaign, but has since reframed himself as a staunch ally of the president.

He's perhaps best known outside Montana for assaulting a reporter the day before a 2017 special election to fill Montana’s vacant U.S. House seat. He pleaded guilty to a misdemeanor after slamming Guardian reporter Ben Jacobs to the ground and breaking the reporter’s glasses.

Tuesday's gubernatorial contest topped the list of competitive races that featured five open statewide offices with elected officials either termed out or deciding to run for a different position. Nominees also were chosen for U.S. senate and president.

Bullock is running for U.S. Senate against Republican Steve Daines after defeating first-time candidate John Mues for the Democratic nomination.

That race is expected to have a high national profile in the fight for party control of the Senate.

Former Vice President Joe Biden won the Democratic nomination for president after the two other candidates on the ballot, Sens. Bernie Sanders and Elizabeth Warren, dropped out and endorsed Biden.