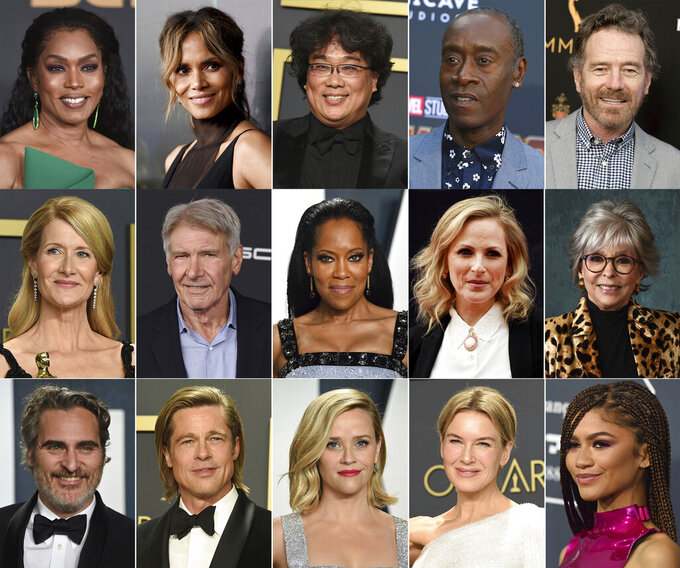 The Oscars are aiming to be more like a movie than a television show and enlisting A-list stars like Harrison Ford, Brad Pitt, Halle Berry and Reese Witherspoon to help hand out statuettes.

“In keeping with our awards-show-as-a-movie approach, we’ve assembled a truly stellar cast of stars,” said producers Jesse Collins, Stacey Sher and Steven Soderbergh in a statement. “There’s so much wattage here, sunglasses may be required.”

After delaying two months due to the coronavirus pandemic, the Oscars are forging ahead with an in-person show at Los Angeles’ Union Station. It’ll be a scaled back affair, with only presenters, nominees and their guest in attendance, but the producers are working to make it a must-see event amid critically low ratings for other awards shows during the pandemic. More talent will be announced in the coming weeks.