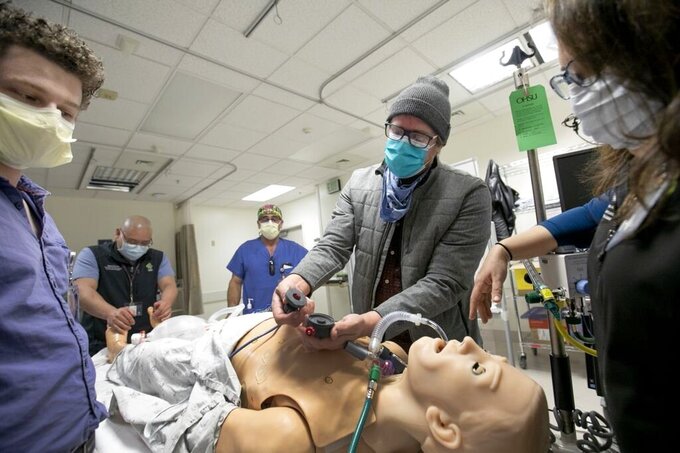 SALEM, Ore. (AP) — The number of known deaths from the coronavirus in Oregon topped 100 on Wednesday.

All those who died in the state from the coronavirus had underlying health conditions, said health authority spokesman Jonathan Modie. Almost 60% had cardiovascular disease, according to a table published by the Oregon Health Authority late Tuesday. The data, based on case interviews and medical records of 73 people who died, marked the first time the agency specified what the underlying conditions have been.

“It does show the insidiousness and severity of this disease and how much it attacks the body,” said Jonathan Modie, spokesman for the Oregon Health Authority.

A person who died may have had more than one underlying condition, the OHA noted.

Dawn Nolt, associate professor of pediatrics of the division of infectious diseases at Oregon Health & Science University in Portland, said she is not surprised that diseases of major organs and poor immune system are a factor in so many deaths.

“You are probably going to have a harder time combating the infection and in fact may have more serious consequences,” Nolt said.

Around half of the confirmed deaths in Oregon of the coronavirus were people 80 or older. One-quarter were 70-79.

Unless state health officials separate single condition from multiple conditions, it will be impossible to assess whether it is a particular condition, or some combination of conditions, that makes COVID-19 patients most at risk of dying, said Chunhuei Chi, director of the Center for Global Health at Oregon State University in Corvallis.

“For example, I can’t say that cardiovascular disease is the highest risk of underlying condition to die from COVID-19,” Chi said.

If a person had smoked before and quit, that was also listed as an underlying condition, with 25% of fatal cases in that category. However, OHA did not specify how long ago they quit smoking.

“To a former smoker, it might present some residual injury that makes it a little harder to combat the infection,” said Nolt.

Or the numbers could simply reflect that a greater percentage of the population smoked when those people were younger than the percentage today, she said.

Only 1.4% of those who died were listed as current smokers.

The U.S. Centers for Disease Control and Prevention says those at high risk of being severely ill from COVID-19 include people over 65, those living in a nursing home or long-term care facility, and those with underlying medical conditions, including chronic lung disease or serious heart conditions.