He's not running, but Morales looms large in Bolivia vote 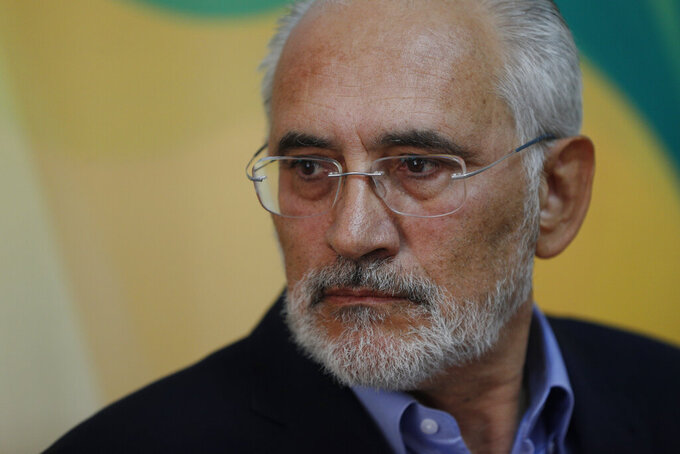 National rifts that contributed to chaos in Bolivia in 2019 threaten to destabilize the Oct. 18 vote and its aftermath nearly one year after Morales, Bolivia's first Indigenous president from the Aymara group, was forced to resign following disputed vote results, protests, violence and a military call for him to go.

The country is divided mainly along ethnic, regional and socioeconomic lines, and between those who applaud Morales as a voice for the historically poor and disenfranchised and those who say he became increasingly corrupt and authoritarian during 14 years in power. The interim government that replaced him has also been accused of undermining Bolivia’s democratic institutions, including the judiciary.

The feud has reverberated outside the landlocked country of 12 million people, echoing ideological divisions from an era when the political left and right in Latin America were more clearly defined.

In a speech to the virtual U.N. General Assembly on Wednesday, interim President Jeanine Áñez accused neighboring Argentina, where Morales is in self-exile, of ″systematic and abusive harassment″ of Bolivia’s institutions and supporting a “violent conspiracy” led by the former president.

Argentina’s Foreign Ministry said it was regrettable that Áñez, who has withdrawn from the Bolivian election race, would try to involve Argentina in her country’s internal politics and urged her to focus energy on ensuring ″free and transparent″ elections.

In a letter Tuesday to U.S. Secretary of State Mike Pompeo, Sen. Bernie Sanders and 27 other members of the U.S. Congress expressed concern that the Organization of American States, based in Washington, had been invited to monitor the Bolivian election. The letter alleged a “lack of accountability and transparency” in an OAS audit that found evidence of fraud and other irregularities in 2019 election results indicating Morales had won.

Morales, a 60-year-old former coca farmer and union leader, faces terrorism and other charges in Bolivia and is not an election candidate this year. Some human rights advocates believe the charges amount to political persecution of Morales, who is basically in campaign mode, talking up his past administration's achievements.

The party that he founded, Movement for Socialism, also known by its Spanish acronym MAS, controls the congress and is a powerful election contender. Its presidential candidate, Luis Arce, is a former economy minister who oversaw a nationalization program when Morales was president.

The other main candidates draw much of their support from Bolivia’s urban, more affluent population and should benefit from Áñez’s withdrawal from the race. Carlos Mesa is a former president who ran in last year's election against Morales, and Luis Fernando Camacho led protests against Morales and is strong in Santa Cruz, an eastern region that is Bolivia’s economic engine and a counterweight to the political dominance of La Paz, in the west.

Several polls indicate the Movement for Socialism would lead in the round of voting next month, but struggle for the support needed to avoid a runoff pitting the top two candidates against each other. If there should be a runoff, MAS would come under more pressure if its opponents united.

There is a high number of undecided voters, said María Teresa Zegada, a sociology professor at the Universidad Mayor de San Simón, a Bolivian university.

Morales' detractors fear a MAS election victory could open the way to the former president's return to Bolivia and his political rehabilitation.

Whatever happens, Bolivians could face more weak governance, political volatility and economic hardship at a time when the coronavirus pandemic and lockdown measures are undoing years of progress toward alleviating poverty.

In a joint statement last weekend, Bolivian church leaders, the European Union and the United Nations welcomed ‘’the most active phase of the electoral process'' in Bolivia and appealed for people to refrain from violence or intimidation.

Many Bolivians are apprehensive.

“We are not excited about the elections. We are interested in generating economic reactivation policies,” said Héctor Delgado, a carpenter and union leader in El Alto, a city next to La Paz that suffers high unemployment and a lack of basic services.

This week, Moody’s Investors Service issued a ratings downgrade for Bolivia, noting the pandemic and weaker foreign exchange earnings because of lower demand for Bolivian oil and gas. Bolivia has a favorable debt structure and the outlook is stable, even as the country endures its first recession since the 1980s, the credit ratings agency said.

“Given Bolivia’s weak institutional and governance framework, a highly polarized society, and fragile social fabric, Moody’s expects a prolonged period of political instability and policy uncertainty, even after the upcoming October election is held,″ the agency said.