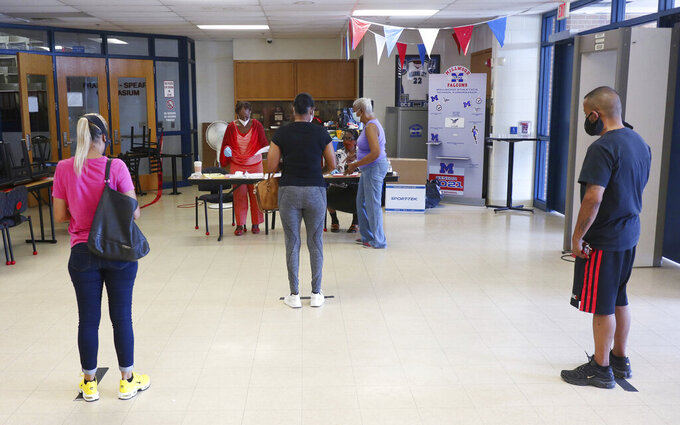 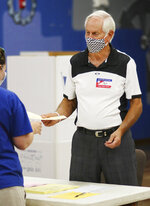 OKLAHOMA CITY (AP) — U.S. Rep. Kendra Horn easily dispatched her lone opponent Tuesday to capture the Democratic nomination in Oklahoma's 5th Congressional District, while Republicans pared down a crowded field seeking to reclaim the seat the GOP lost in one of the biggest congressional upsets in 2018.

The real challenge for Horn, 44, the only Democrat in Oklahoma's congressional delegation, comes in November. Nine Republicans were vying to take back a seat they believe should belong to the GOP. Oklahoma City businesswoman Terry Neese, 73, and state Sen. Stephanie Bice, 47, topped the field and will advance to an Aug. 25 primary runoff since neither captured more than 50% of the vote.

Horn is considered one of the most vulnerable Democratic incumbents in the nation because she represents a district President Donald Trump won by nearly 14 points in 2016. Both parties are spending heavily to win the seat.

“I like her and think she's doing a great job," said Darla Ryan, 59, a Democrat who cast her ballot for Horn Tuesday at Life Church in the Oklahoma City suburb of Edmond. “I voted for her last time, too."

Horn has raised more than $3.3 million this cycle, the most of anyone in the state’s delegation.

While a record number of Oklahomans cast absentee ballots by mail this year, turnout was steady Tuesday at several polling places in the Oklahoma City metro area. At Life Church, most voters were wearing masks and maintaining social distancing in a line that stretched into the parking lot.

Savannah Steele, 19, a college student from Edmond who was voting for the first time, said the coronavirus pandemic made her uneasy.

“In Oklahoma, with (the number of reported cases) spiking, that was a concern, but with people staying six feet apart and wearing masks, it was fine," Steele said.

Oklahoma voters Tuesday also narrowly approved an amendment to the state Constitution to extend Medicaid health coverage to tens of thousands of low-income residents. Oklahoma is one of 14 states that have not expanded Medicaid — along with neighboring states Texas and Kansas—as part of the 2010 federal Affordable Care Act. amendment