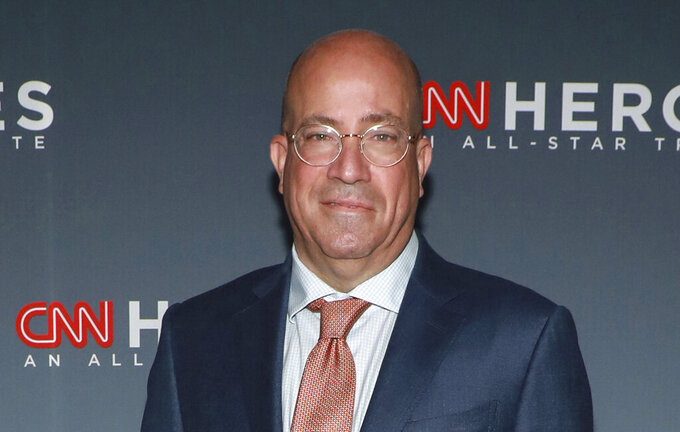 FILE - In this Dec. 8, 2019 file photo, CNN chief executive Jeff Zucker attends the 13th annual CNN Heroes: An All-Star Tribute in New York. A busy stretch of news with the coronavirus pandemic and racial demonstrations in the United States has led CNN to its best ratings in the network's 40-year history. Zucker says viewers have come to CNN for the news coverage, while the network's rivals are more about 'political talk.' (Photo by Jason Mendez/Invision/AP, File)

NEW YORK (AP) — An extraordinary stretch of news with the coronavirus pandemic and racial reckoning triggered by George Floyd's death has led CNN to its biggest audience for any three-month period in the network's 40-year history.

Fox News Channel and MSNBC also had record-setting quarters ending in June, according to the Nielsen company. But CNN's audience increased at a higher pace than its rivals, and it is also seeing strong numbers for its digital operation.

The news is welcome at a network that has been relentlessly attacked for four years by President Donald Trump and his allies, who often mocked CNN as “failing.”

“All of our research shows we are the most trusted name in news,” Jeff Zucker, chairman of WarnerMedia News and Sports and CNN chief executive, said Wednesday. “Others may not believe that, others may scoff at that, the president of the United States makes fun of it, but it's true.”

“Our reporters are at the heart of the story, putting themselves in harm's way every day,” Griffin said. “They're doing a hell of a lot more than ‘political talk.’”

CNN has its share of political talk, especially on its increasingly opinionated prime-time lineup of Anderson Cooper, Chris Cuomo and Don Lemon.

But when politics is the dominant story, that plays more to the strength of Fox and MSNBC, said news consultant Andrew Heyward, a former CBC News president. CNN, meanwhile, can tap a wider network of news affiliates in the United States and has a much larger reporting staff overseas, and that has been invaluable for the pandemic and racial stories, he said.

During the breaking stories, CNN responded by assigning more of its top people, like Wolf Blitzer, to weekend work. It has simulcast the CNN International network overnight in the U.S., Zucker said.

He said everything the president and his administration has tweeted about CNN has been proven false.

“More people are watching us than at any time in 40 years,” he said. “The mere fact that there's a handful of people left in Washington who can't figure that out is not our problem.”

A survey this past winter by the Pew Research Center pointed to some potential problems for CNN, particularly with the greater emphasis on opinion in prime time. A Pew survey in 2014 found that 33% of Republicans said they didn't trust CNN, a number that leaped to 58% in questioning last November.

Zucker said that CNN's own research indicated that increased level of mistrust was the result of Trump's attacks. The ratings of the past three months proved those viewers still return to CNN when there is important news, he said.

“There are no red flags,” he said.