Immobile scores 2 on his return from virus in Lazio win 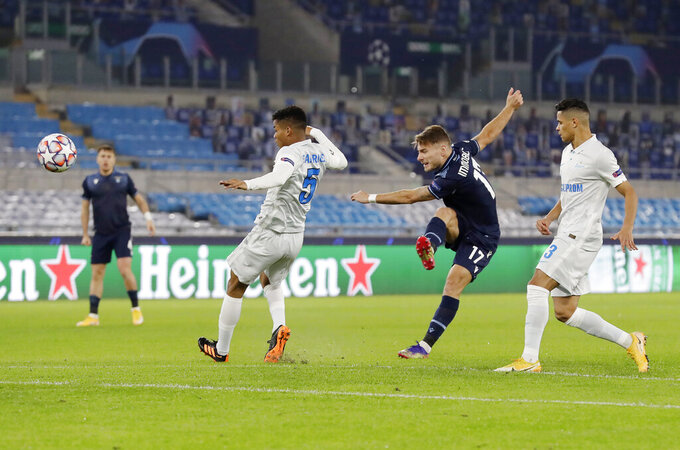 Appearing in the group phase for the first time in 13 years, Lazio remained second in Group F, one point behind Borussia Dortmund, which beat Club Brugge 3-0 in the other group game.

Immobile didn’t waste any time making an impact, scoring three minutes in with a magnificent strike from outside the area that dipped into the top left corner.

Marco Parolo made it 2-0 for Lazio after 22 minutes with a low shot from near the same spot as Immobile’s goal.

Then Artem Dzyuba pulled one back for Zenit three minutes later with a shot from the center of the area.

Immobile has scored 46 goals in 53 appearances in all competitions for Lazio since the start of last season. Only Robert Lewandowski (68 goals) has scored more in Europe’s five top leagues over the same period.