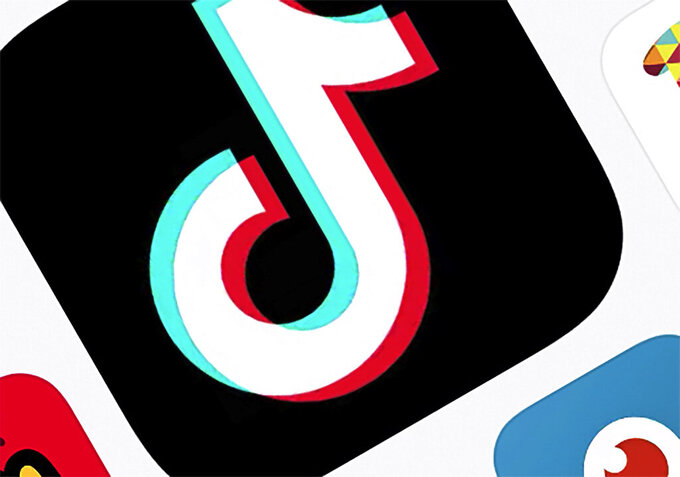 FILE - This Feb. 25, 2020, photo shows the icon for TikTok taken in New York. India is banning 59 apps with Chinese links, saying their activities endanger the country’s sovereignty, defense and security. India’s decision comes as its troops are in a tense standoff with Chinese soldiers in eastern Ladakh in the Himalayas that started last month. India lost 20 soldiers in a June 15 clash. The government says the banned apps include TikTok, UC Browser, WeChat and Bigo Live, as well as the e-commerce platforms Club Factory and Shein, that are used in mobile and non-mobile devices connected to the Internet.(AP Photo, File)

NEW DELHI (AP) — Indian TikTok users awoke Tuesday to a notice from the popular short-video app saying the company was working to comply with an India government ban on dozens of Chinese apps amid a military standoff between the two countries.

While service in India was suspended, the ban was largely symbolic since the apps can’t be automatically erased from devices where they've already been downloaded. The move was a response to a border clash with China where 20 Indian soldiers died earlier this month, digital experts said.

“They want to send a message. This is a decision based on a geopolitical situation,” said digital rights activist Nikhil Pahwa.

Indian protesters have been calling for a boycott of Chinese goods since the June 15 confrontation in the remote Karakoram mountain border region.

Late Monday, the government said that it was banning 59 Chinese-owned apps, including TikTok, which is operated by Chinese internet firm Bytedance. It cited privacy concerns that it said pose a threat to India’s sovereignty and security.

The banned apps include some that enable TikTok users to add visual effects and music to their posts, as well as dating apps, privacy apps and multiplayer games.

The compilation of such data, and its mining and profiling by elements hostile to India is “a matter of very deep and immediate concern which requires emergency measures,” the statement said.

TikTok's countermove, shifting data to Ireland, shows how integrated the two economies have become. Chinese products are ubiquitous in India, from toys to smartphones to Made-in-China Hindu idols. Two-way trade grew from $3 billion in 2000 to $95 billion in 2018, according to Indian government data, with the balance strongly favoring China.

“There is too much of Chinese presence in the everyday life of the average Indian,” said Alka Acharya, professor of Chinese Studies at Jawaharlal Nehru University in New Delhi. The soldiers’ deaths meant the Indian government had to hit back, Acharya said.

The ban on Chinese apps, signed by India's powerful Home Minister Amit Shah, asked phone companies to begin blocking the applications Tuesday, as top Army officers from India and China were set to meet for a third time to try to quell tensions and rein back on military build-ups in the disputed border area.

Supporters of the ban hailed it as a way to curtail China's growing influence.

“They are earning from us and then bullying us,” 30-year-old Sonu Mishra said in New Delhi.

Others bemoaned the potential loss of jobs at the app companies' Indian offices. Some slammed it as an encroachment on free speech.

TikTok "continues to comply with all data privacy and security requirements under Indian law and has not shared any information of our users in India with any foreign government, including the Chinese government,” the company's India chief, Nikhil Gandhi, said in a statement.

This isn't the first time TikTok has been banned in India — the Madras High Court in the south Indian state of Tamil Nadu banned it last year over hate speech concerns, but quickly vacated its order.

Chinese-owned apps have found a fast-growing market in India, with some companies creating India-specific apps that have exploded in popularity.

Prime Minister Narendra Modi's government has used the country’s 500 million internet users — second only to China — as a lure in getting tech giants including Twitter to localize Indians' data. It is expected to sponsor data localization legislation later this year.

Among the list of newly-banned apps, Alibaba’s UC Browser, Meitu’s Beauty Plus camera app and Bigo’s Likee video editing app are among the top 100 most downloaded apps in India, according to app intelligence firm App Annie.

India is one of TikTok's largest markets. As of April, 30% of TikTok’s 2 billion downloads were from India, according to app data analytics firm Sensor Tower.

Bytedance also operates the now-banned Helo social networking app, which was created for the Indian market and has over 50 million users.

Chinese foreign ministry spokesperson Zhao Lijian said China was very concerned about the Indian move and seeking more information. The Indian government has the responsibility to uphold the legitimate rights of foreign investors, while Chinese companies should abide by local laws, he said.

The Karakoram clash fanned already growing anti-Chinese sentiment amid the coronavirus pandemic, which emerged in China in December. India is the fourth worst affected, with nearly 570,000 cases and more than 16,000 deaths. In response to the crisis, a movement has emerged to promote India as an alternative to China for Western markets and to shun Chinese goods.

TikTok has sought to cultivate goodwill: in April it said on Twitter that it had donated 30 crore rupees (about $40 million) to PM Cares, a fund set up by Modi’s office to battle the coronavirus.

The antagonisms carry risks for India: A broader boycott could backfire if China were to retaliate by banning exports of raw materials used by India’s pharmaceutical industry. So far, it has not.

“Chinese investors are going to become very wary of investing in India. They’ll be worried that they might invest billions of dollars into the country and either Indian consumers will boycott and protest against them, or the government will just ban them because they’re backed by Chinese,” Rein said.

This story was first published on July 1, 2020. It was updated on July 6, 2020, to say TikTok notified its users in India that the company was working to comply with an Indian government directive, not that users’ data would be transferred to an Irish subsidiary.