Iowa to step up traffic enforcement to slow road fatalities 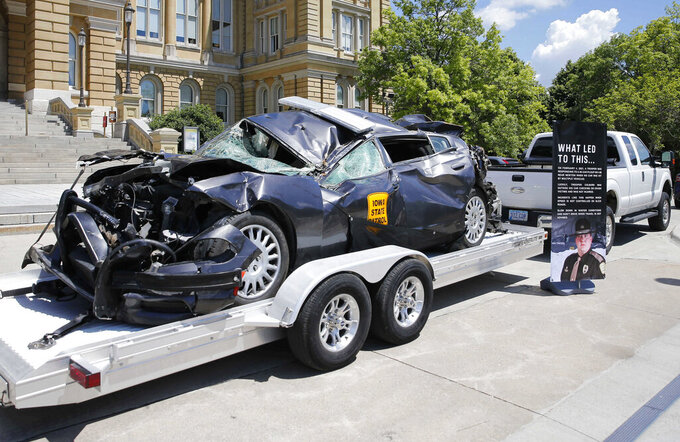 Iowa State Patrol Col. Nathan Fulk said officers have recently reported some of the most dangerous driving behaviors in the 85-year history of the patrol. He said excessive speed and impaired driving skyrocketed last year, pushing traffic fatalities higher than the previous year even as the pandemic reduced traffic volume by 12%.

State officials reported nearly 1,500 citations written last year for speeds of 100 mph or more. The 119 fatalities so far this year are ahead of last year's pace, and officials note traffic deaths often rise in the summer.

In response, law enforcement will increase the presence of officers on Iowa roads from June 9-12, looking for seatbelt violations, impaired driving, excessive speed and distracted driving.

A task force of state and local law enforcement and transportation officials has been studying factors behind the increasing traffic fatalities. The group has recommended stepped up enforcement, education for drivers to reinforce safe driving habits and a study of road safety issues that could cause problems.

The goal is to get traffic fatalities below 300 this year, something that hasn't occurred in Iowa since 1925.