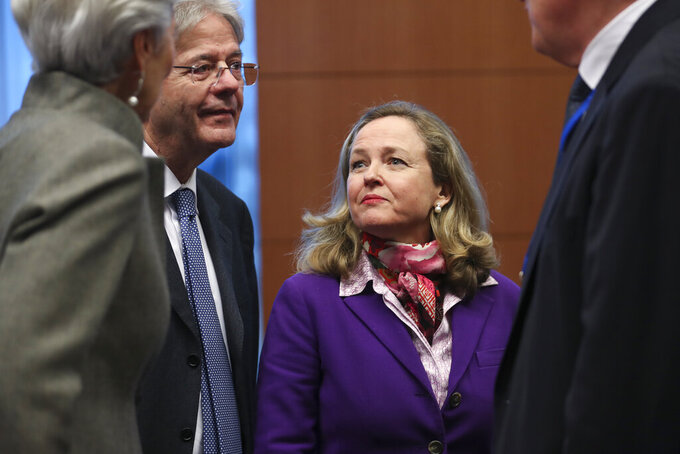 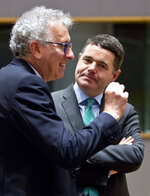 BRUSSELS (AP) — Ireland's Paschal Donohoe was elected Thursday to head the powerful finance group of the 19 nations using Europe’s single currency, and vowed to lead the bloc through what is set to be a historically deep recession in the wake of the coronavirus pandemic.

Donohoe, who has been Ireland's finance minister for three years, beat out Luxembourg Finance Minister Pierre Gramegna and Spanish Economy Minister Nadia Calviño, to take the helm of the Eurogroup for the next 2-1/2 years. He takes up the post being vacated by Portugal's Mario Centeno on Monday, and will chair his first meeting on Sept. 11.

“As great as the challenges are, and I know how deep they are, I am absolutely confident that with my colleagues in the Eurogroup, with our governments, we have the ability and we have laid the foundations to overcome these challenges and to prevail,” he told reporters.

The virus has killed more than 100,000 people across Europe, ravaged health care systems and forced the closure of businesses, transport systems and schools. The EU's executive arm, the European Commission, has warned that Europe faces its worst economic crisis in almost a century, just as it was emerging from its near decade-long sovereign debt crisis.

The Eurogroup’s main task is to ensure the close coordination of economic policies among member countries. While an unofficial body in EU terms, it remains extremely powerful, as shown during the Greek debt crisis.

Because the meeting was virtual, voting took place through an encrypted web-based app, with only the few officials organizing the ballot in the know as to how it was progressing.

No candidate secured the minimum 10 votes required to win outright in the first round of voting so a runoff between Donohoe and Calviño was needed. The subsequent voting tallies were not made public.

Calviño, who was running to become the first woman to hold the top job, tweeted her congratulations to Donohoe, saying that she is “looking forward to working together to ensure a robust recovery that leaves no one behind.”

Donohoe hails from the center-right conservative bloc known as the European People’s Party, which is the biggest formation in the European Parliament and still wields considerable influence, even though it lost support in last year’s Europe-wide elections.