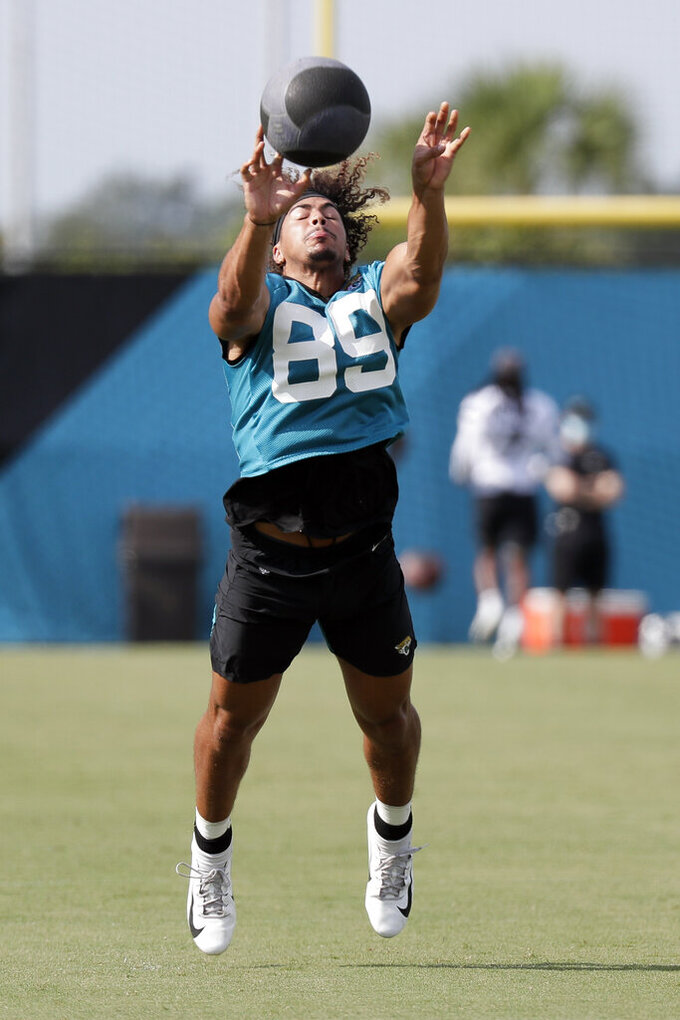 Oliver broke his left foot while running during a non-contract drill Sunday and had surgery two days later. The Jaguars could have kept him on the roster until final cuts and moved him to IR with a designation to return later in the season. Instead, they chose to end the second-year pro's season in August.

Oliver played in just four games last year, starting one and finishing with three receptions for 15 yards. The third-round draft pick from San Jose State missed the first six games because of a strained hamstring and landed on IR for the final six because of a back injury.

“He has a lot of talent, and I feel so bad for him that he hasn’t been able to showcase that talent,” Jaguars tight end coach Ron Middleton said. "The few practices that we had before he got hurt this year, you really saw some things. ... He’s got talent and he’s a good person, and usually good things happen to good people.”

And rookie linebacker/defensive end K'Lavon Chaisson, the 20th overall pick in the draft, practiced for the first time during camp.