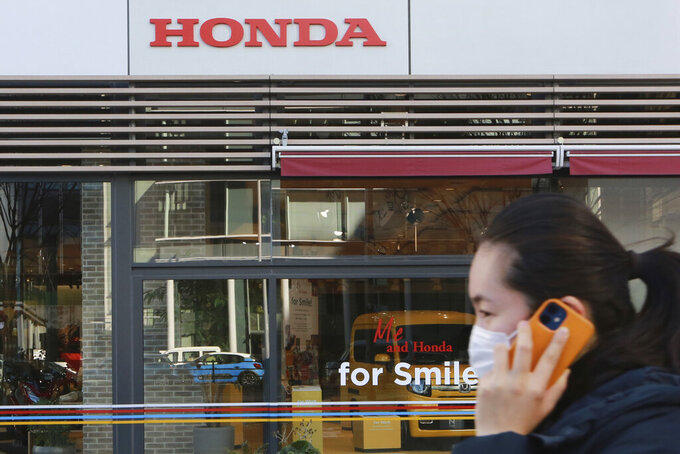 TOKYO (AP) — Honda reported Tuesday its fiscal third quarter profit more than doubled to 284 billion yen ($2.7 billion) despite the coronavirus pandemic as auto sales grew in Japan and the U.S.

The maker of the Accord sedan, CR-V crossover and Asimo robot said it carried out a major review of its operations to streamline expenses.

Honda said its motorcycle sales slipped in the three months through December to about 3 million motorcycles from 3.1 million units a year ago.

Honda raised its profit forecast for the year through March to 465 billion yen ($4.4 billion), up from the previous projection for a 390 billion yen ($3.7 billion) profit.

But Honda warned the outlook remains uncertain because the impact from COVID-29 was still unclear.

But some companies, including Honda, have proved resilient, holding better than some others.