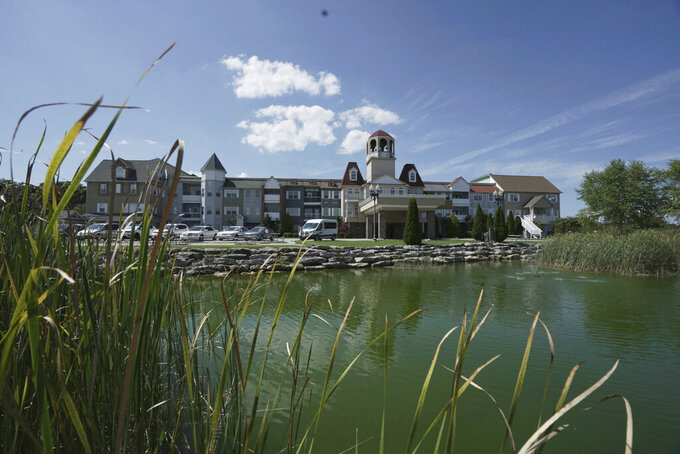 Morningside Church's property, home to televangelist Jim Bakker, is seen Monday, Aug. 17, 2020, in Blue Eye, Mo. Bakker, wife Lori and daughter Maricela Bakker Woodall, who serves as chief operating officer of Morningside Church, appealed for donations during a segment of “The Jim Bakker Show” which aired April 2020. They referenced financial difficulties, and Bakker singled out “enemies” who were behind their problems. 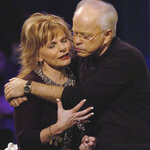 When the U.S. government extended pandemic hardship loans to thousands of religious institutions, Jim Bakker and Morningside USA, his ministry in Blue Eye, Missouri, were among the most high-profile recipients.

On April 28, the pastor received approval for an amount between $650,000 and $1.7 million in Paycheck Protection Program funds.

Weeks before, the Missouri attorney general filed a complaint, the New York attorney general sent a cease-and-desist warning and the Federal Drug Administration and Federal Trade Commission sent warning letters alleging Bakker engaged in deceptive practices by touting purported health benefits of a silver product on The Jim Bakker Show — including a suggestion it could be used to treat or prevent COVID-19 infection, something the FDA says is false. In June, the Arkansas attorney general's office followed with its own lawsuit.

Applicants seeking PPP loans were asked to certify they weren’t engaged in any activity that is illegal under federal, state or local law. The question is whether Bakker’s involvement in ongoing litigation and fraud allegations will rise to the level of a Small Business Administration review.

It’s likely, according to attorney Daniel Grooms, a former federal prosecutor who worked in the Justice Department for 15 years. “There is every reason to think that an entity, led by a person with the profile he has, given his history, and given the ongoing fraud issues surrounding the product he was selling, that those ongoing investigations and the ongoing attention ... it would be realistic to think that would lead to further investigation of his PPP loans,” Grooms said.

An SBA spokesperson refused to comment on any specific loan recipient. However, he provided an explanation about how the loan program was administered, saying the agency made no eligibility determinations during the approval process. After the fact, the SBA will review organizations and companies to identify those that may have submitted inaccurate self-certifications. The agency may seek repayment with the potential for civil or criminal penalties if a fraudulent application was submitted.

Bakker’s attorneys argue no laws were violated and provided this statement: “We strongly believe that Morningside’s offering of a legal product, sold by stores across the country, did not violate any laws; a fact underscored by the FDA taking no action against Morningside and issuing its letter closing the warning letter process on July 14th. The allegations made by the Missouri and Arkansas attorneys general concern only this product, and Morningside had suspended its offering of that product prior to the date of its PPP loan application.”

Bakker gained notoriety in the late 1980s and 1990s as a result of his trial and financial fraud conviction relating to Heritage USA, his TV studio, Christian-oriented theme park and water park attraction with shopping, hotels and condominiums in Fort Mill, South Carolina. After serving five years in federal prison, he shifted from preaching the prosperity gospel to an apocalyptic end-times message.

“We’ve gone through quite a year,” a tearful Bakker told his TV congregants this month.

On Feb. 12, before any governor had ordered a coronavirus lockdown, Bakker touted the health benefits of Silver Solution on his show. Bakker was joined by guest Sherrill Sellman, who practices naturopathic medicine and is not a licensed physician.

“This influenza that is now circling the globe, you’re saying that Silver Solution would be effective,” he said, holding a bottle throughout the TV segment.

Sellman explained that the silver product, previously promoted on the show and sold through its online store, had not been tested against COVID-19, “but it’s been tested on other strains of the coronavirus and has been able to eliminate it in 12 hours — totally eliminate it. It kills it. Deactivates it,” she said.

What followed was a succession of cease-and-desist orders, warning letters, multiple state complaints and a request for a temporary restraining order to stop promoting or selling the product.

Nixon says the pastor and his family use silver products in gel, lozenge and liquid form. He said Bakker complied immediately with orders to stop offering Silver Solution on his show and website.

“What we’re trying to do is to show that this is a targeting of a pastor for work said in his church as opposed to some sort of massive consumer issue that they’ve been after for a long time, which they have not,” Nixon said.

Bakker’s legal team filed a suit against the Arkansas state attorney’s office to prevent the pursuit of his congregation’s personal information as part of its investigation.

Arkansas Attorney General Leslie Rutledge pushes back on framing the lawsuit as a religious freedom infringement. She wrote in a statement to the AP, “I have a long track record of protecting the First Amendment and religious liberties for Arkansans and all Americans. What I will not tolerate are the illegal schemes used by Mr. Bakker that directly relate to harming Arkansas consumers financially or physically. By using his celebrity status to peddle fraudulent COVID-19 cures — stealing over $60,000 — Bakker has historically cloaked his illegal action in the name of religion, yet he continues to deceive Arkansans for his own glory and wealth.”

Bakker, wife Lori and daughter Maricela Bakker Woodall, who serves as president of Morningside Church Productions, appealed for donations during a show which aired April 20. They referenced financial difficulties, and Bakker singled out “enemies” who were behind their problems. “The only way that we can stay on is if you help me. It’s just sad to see what’s happening to America. We are living in the final days, and if we go the wrong direction, America is through,” he said. “Don’t let me have to file for bankruptcy.”

Bakker declined to comment, but Woodall responded in an email via the attorneys: The PPP program, she said, “has been another blessing for our ministry, and for so many other ministries and small businesses.”