Key players in trial of ex-officer charged in Floyd's death 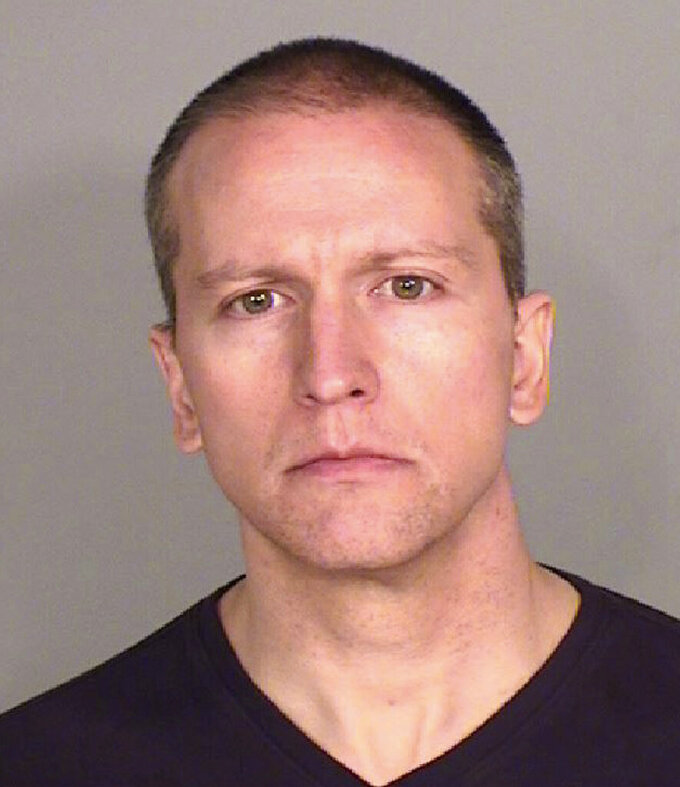 MINNEAPOLIS (AP) — Opening statements are set for Monday in the trial of a former Minneapolis police officer charged with murder and manslaughter in George Floyd's death. Derek Chauvin's trial is expected to last about four weeks and it will be streamed online.

Floyd, who was Black, was declared dead on May 25 after Chauvin, who is white, pressed his knee on Floyd’s neck for about nine minutes while Floyd was handcuffed and pleading that he couldn’t breathe.

Among the key figures and elements at trial:

Precautions to guard against the spread of COVID-19 have limited courtroom space, leading the judge to try Chauvin before three other fired officers charged with aiding and abetting.

The pandemic all but wiped out the possibility of public seating, so the judge is allowing the trial to be broadcast and livestreamed — a rare occurrence in a state that doesn't usually allow cameras in court.

Barbed and razor wire and concrete barriers surround the courthouse, and strict security is in place. City and state leaders want to avoid a repeat of last year's rioting that destroyed dozens of businesses and a police station.

Hennepin County Judge Peter Cahill is respected and has a reputation as a no-nonsense, fair judge. He started in the county public defender’s office in 1984 and worked for 10 years as a prosecutor, serving as top advisor to U.S. Sen. Amy Klobuchar when she was the county’s head prosecutor.

Cahill has been a judge since 2007. He's known for being decisive and direct, and he held firm on his decision to allow video cameras over the state's objections, and to start the trial in March despite prosecutors' pandemic concerns. He reversed himself and reinstated a third-degree murder charge. He also denied defense requests to delay or move the trial out of Hennepin County after the city of Minneapolis reached a $27 million settlement with Floyd's family.

Days after Floyd's death, Minnesota's governor announced that Attorney General Keith Ellison would take the lead on prosecuting the case. This was a win for local civil rights advocates who said longtime Hennepin County Attorney Mike Freeman didn't have the trust of the Black community.

Ellison, the state's first African American elected attorney general, previously served in Congress and worked as a defense attorney. He was a frequent presence in the courtroom during jury selection, though he did not question jurors.

His team includes Matthew Frank, an experienced attorney who recently won a guilty plea in the case of Lois Riess, a Minnesota woman who got life in prison without parole for killing her husband in 2018. Riess became notorious after she fled Minnesota, killed a woman in Florida, and assumed her identity before she was captured.

Also on board are: Jerry Blackwell, who last year won a posthumous pardon for a Black man wrongly convicted of rape before the infamous Duluth lynchings of 1920; and Steven Schleicher, a former federal prosecutor who led the prosecution of the man who in 1989 kidnapped and killed Jacob Wetterling, whose death helped inspire a 1994 federal law requiring states to establish sex offender registries. Schleicher took the lead for the prosecution in jury selection. Erin Eldridge, a former federal prosecutor who joined the Attorney General's Office in 2018, is also in court for the prosecution.

Chauvin, 45, started working for the Minneapolis Police Department in 2001, making him by far the most experienced of the four officers involved in Floyd's arrest.

He was fired soon after bystander video emerged. He was charged days later, and moved to a state prison for security reasons. He posted $1 million bond in October and was allowed to live out of state due to safety concerns.

His attorney, Eric Nelson, is among several attorneys in Minnesota who often represent police officers. One of his bigger cases involved Amy Senser, the wife of former Minnesota Vikings tight end Joe Senser, who was convicted in the 2011 hit-and-run death of a Minneapolis chef. Nelson argued that Senser should be sentenced to probation, but a judge gave her 41 months in prison.

Nelson also has tried murder cases. He helped win an acquittal for a Minnesota man who was charged with fatally shooting his unarmed neighbor in 2017. He also won an acquittal for a Wisconsin man who testified that he feared for his safety when he fatally stabbed a man who confronted him in 2015.

Nelson has not said whether Chauvin will testify.

Floyd, 46, moved to Minneapolis from Houston several years before his death in hopes of finding work but had lost his job as a restaurant bouncer due to COVID-19. On May 25, an employee at a Minneapolis grocery store called the police saying Floyd tried to pass a counterfeit $20 bill.

Floyd had five children, including a young daughter who lives with her mother in Houston. His friend Christopher Harris told The Associated Press last year that Floyd had been “looking to start over fresh, a new beginning.”

Chauvin's fate will be decided by 12 Hennepin County residents, whose names will be kept confidential until further court order. Two alternate jurors were selected to listen to testimony, but will not be part of deliberations unless needed. A third alternate will be sent home before opening statements Monday unless that person is needed to replace someone at the last minute.