The Latest: Female doubles player dropped due to virus 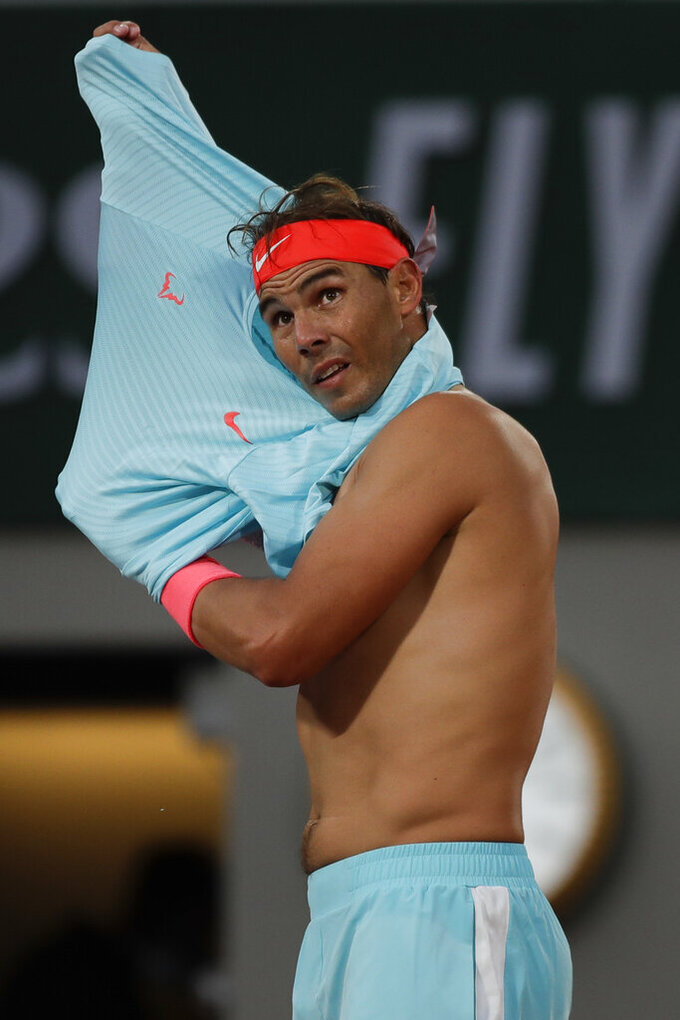 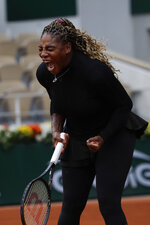 A women’s doubles player has been removed from the main draw after she was declared a contact case following her coach’s positive coronavirus test.

French Open organizers did not name the player. Doubles matches start on Wednesday.

The French Tennis Federation has carried out around 1,900 coronavirus tests since Sept. 17.

There were six virus-caused withdrawals from the qualifying rounds.

Three-time Grand Slam champion Angelique Kerber has lost in the first round of the French Open for the second straight year.

Kerber once held the No. 1 ranking and has won every major title except the French Open. Her best performance at Roland Garros was the quarterfinals in 2012 and '18.

Garbine Muguruza could have joined Kerber and Kuznetsova.

Only Fabrice Santoro's win against fellow Frenchman Arnaud Clement in 2004 took longer at 6:33.

The French Open is the only one of the four major tournaments which does not use tiebreakers in the final sets to decide men's and women's matches.

Defending champion Rafael Nadal reached the second round of the French Open after beating Egor Gerasimov 6-4, 6-4, 6-2.

Nadal is looking for a record-extending 13th title at Roland Garros and a 20th major overall to equal Roger Federer's men's record.

Nadal did not face a break point in the first two sets but trailed 15-40 at the start of the third. He saved one but was broken when he hit wide down the line.

Gerasimov had a medical timeout for several minutes at 2-2. He received treatment on his right foot after an awkward fall. The foot was heavily strapped and his movement appeared limited afterward.

Nadal served for the match and won on his first match point when Gerasimov patted a shot into the net.

Serena Williams advanced to the second round of the French Open by beating Kristie Ahn 7-6 (2), 6-0.

The sixth-seeded Williams served for the match at 40-0 but Ahn saved three match points. An ace gave her a fourth opportunity to win but she hit a shot into the net.

Williams then saved a break point before finally beating her American opponent with an ace.

The 39-year-old Williams is a three-time French Open champion and is looking to equal Margaret Court's record of 24 major titles. She will next face Bulgarian wild-card entry Tsvetana Pironkova.

Fourteenth-seeded Fabio Fognini and 19th-seeded Felix Auger-Aliassime both lost in the first round of the French Open.

It was the 20-year-old Auger-Aliassime's first main-draw appearance at Roland Garros.

Fognini reached the French Open quarterfinals in 2011 for his best performance at a major tournament. This was his earliest exit at Roland Garros since a first-round loss in 2016.

The third-seeded Austrian won his first major tournament at Flushing Meadows two weeks ago and is among the favorites again at Roland Garros after losing the past two finals to Rafael Nadal.

Cilic led 2-0 in the third set but Thiem reeled off the next five games before Cilic held again.

Petra Kvitova reached to the second round of the French Open after a 6-3, 7-5 win over Oceane Dodin under the new roof on Court Philippe Chatrier.

The two-time Wimbledon champion advanced from the first round for the 10th time in 11 appearances at Roland Garros. The Czech player's only first-round loss was in 2010. She was a semifinalist in 2012. She is ranked 11th and seeded seventh at Roland Garros.

A forehand hit wide by 118th-ranked Dodin gave Kvitova a break of serve in the second set. The 23-year-old Frenchwoman was playing the 30-year-old Kvitova for the first time.

The new roof over Court Philippe Chatrier is again proving its worth on Day 2 of the French Open.

The court is hosting the only play as rain thwarted the start of all other matches at Roland Garros. Two-time Wimbledon champion Petra Kvitova and 118th-ranked Oceane Dodin were dry for their first-round match with Chatrier’s retractable roof deployed from the outset.

No other matches started as scheduled on 12 other courts with rain falling and forecasters predicting dryer weather for the afternoon. Waterproof covers were deployed on all those courts to keep them from getting soaked.