The Latest: Man City will give Liverpool guard of honor 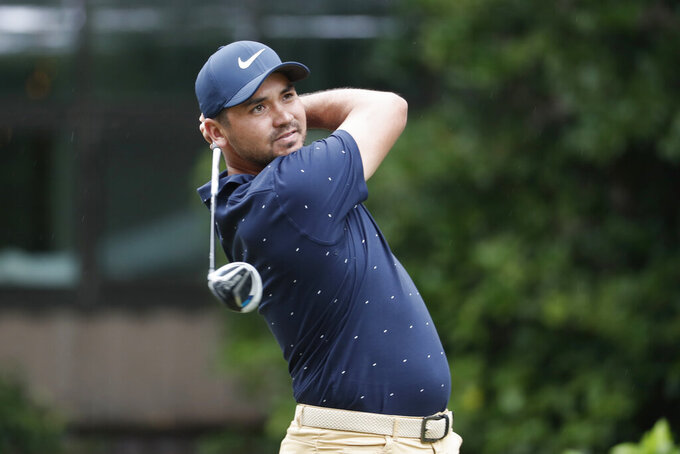 FILE - In this June 18, 2020 file photo, Jason Day of Australia, follows his shot from the 12th tee, during the first round of the RBC Heritage golf tournament in Hilton Head Island, S.C. Day has asked to be tested for COVID-19 just before the third round of the Travelers Championship in Connecticut. Officials have decided to have him play as a single Saturday, June 27 as a precautionary measure. (AP Photo/Gerry Broome, File)

Liverpool took the title City have owned for the last two years this week.

When English soccer resumed this month, Liverpool’s trip to Etihad Stadium was a potentially decisive game in the title race.

But City’s loss at Chelsea on Thursday put Liverpool mathematically out of reach, and Guardiola feels it would be sporting to pay tribute to the new champs.

“We are going to do the guard of honor, of course,” Guardiola said.

“Always we receive Liverpool when they come to our house in an incredible way. They cannot complain and of course we are going to do it because they deserve it.”

Another Chicago Sky player has tested positive for the coronavirus.

This week, the Sky welcomed back out-of-market players for physicals and individual workouts leading to a 22-game season.

Over the next few weeks, players will face three rounds of coronavirus testing before they can travel to training camp next month in Bradenton, Florida.

Colson is to isolate and follow protocols of U.S. Centers for Disease Control and Prevention. She must test negative before going to Florida for workouts.

The Texas Rangers say several of their employees have tested positive for COVID-19 in the last few days. The team said anyone who had direct contact with those affected was sent home from Globe Life Field.

The Rangers said no one will be allowed back inside without receiving a negative test for the coronavirus. The club is set to begin another round of training at the ballpark next week.

The team said pandemic protocols are in place for front office employees at the new ballpark that’s set to open when the season begins.

“These include temperature checks upon entering the building, mandatory wearing of face coverings and regular sanitation and cleaning of the Globe Life Field facilities,” the team said.

Paris Saint-Germain said on Saturday that three players from its women’s teams have tested positive for the coronavirus.

PSG said in a statement that one player from the main women’s team and two players from the under-19 side returned positive results.

The women’s senior team is set to resume training on Monday.

Earlier this week, PSG said three players from the men’s side and one member of staff were infected by the virus during the lockdown when they were not in contact with each other.

PSG said they are no longer contagious and can train as normal.

Jason Day has asked to be tested for COVID-19 just before the third round of the Travelers Championship in Cromwell, Connecticut.

Officials have decided to have him play as a single Saturday as a precautionary measure.

Two more players withdrew because of the coronavirus Friday -- Denny McCarthy for a positive test, and Bud Cauley, who tested negative but decided to pull out after playing alongside McCarthy on Thursday.

There have been seven COVID-19-related withdrawals from the Connecticut event.