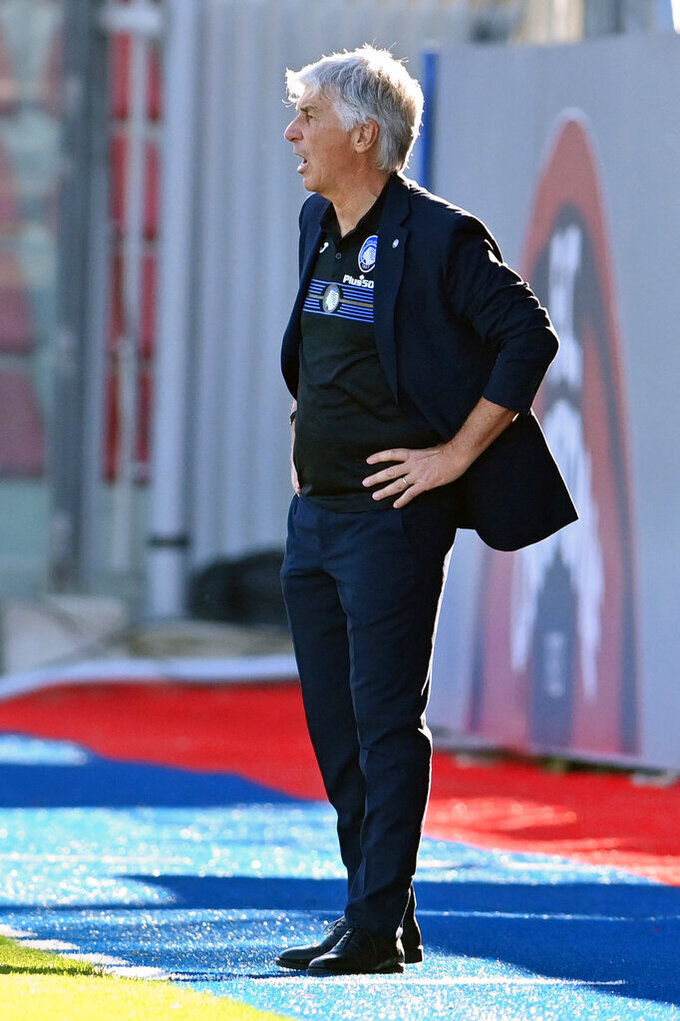 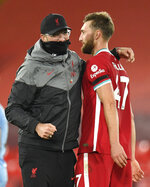 The English champions will face Atalanta in the Champions League on Tuesday, only a few months after the Italian club made a surprising run to the quarterfinals in last season’s competition.

“Very good, very good. Top players, top recruitment, very, very well organized,” Klopp said. “Play their system with 100% conviction, they know exactly what everyone has to do. They use the skills of the individuals in an incredibly smart way.

“I enjoyed the analyzing. I enjoyed watching them because it’s really interesting. In this life if you see something interesting you should try to learn a little bit of it and that’s what we always try but in this case for sure its possible for us.”

Klopp said he has even more admiration for Atalanta after the way it dealt with returning to soccer following the coronavirus-enforced shutdown, despite hailing from one of the cities in Italy worst-affected by the virus.

The small city of Bergamo was a hotspot for COVID-19 cases and deaths, and images of a convoy of military trucks driving coffins out of the city because the crematorium couldn’t keep up were beamed around the world.

None of the Atalanta players left the city during one of the most severe lockdowns in Europe, and they constantly talked about bringing joy back to their supporters.

“We know how difficult last season was for everyone and for sure in Bergamo it wasn’t easy, in the beginning for sure more difficult,” Klopp said. “They dealt with the situation, all these things. They have all our respect.”

And it will be Bergamo, the city nestled in the hills a short drive from Milan, that welcomes Liverpool.

Atalanta played its Champions League matches at the San Siro in Milan last season while Gewiss Stadium was being renovated, but it has been given clearance to use its own venue this year.

The club came back from two goals down for a 2-2 draw against Ajax last week in the first Champions League match in Bergamo.

Duván Zapata scored twice in that match to take his tally to five goals in 10 Champions League matches, including three in the two matches this season.

“I take each year as on opportunity,” Zapata said. “Last year I missed a lot of these matches because of injury so now I’m making the most of this moment, this chance that I didn’t have last year because of the injury.”

Atalanta coach Gian Piero Gasperini expects Liverpool to finish at the top of the group and for his team to battle with Ajax — a surprise semifinalist two seasons ago — for the second qualifying spot.

After the double-header against Liverpool, Atalanta hosts Midtjylland before traveling to Amsterdam for the final group match against Ajax.

“For us these next two matches against Liverpool are fundamental,” Gasperini said. “It’s clear that we’re facing the strongest team in the group.

“For us it’s fundamental to get a result in one or both of these matches to have an advantage over Ajax and get to the last match with a small advantage. That’s the theory on paper but then the matches have to be played.”