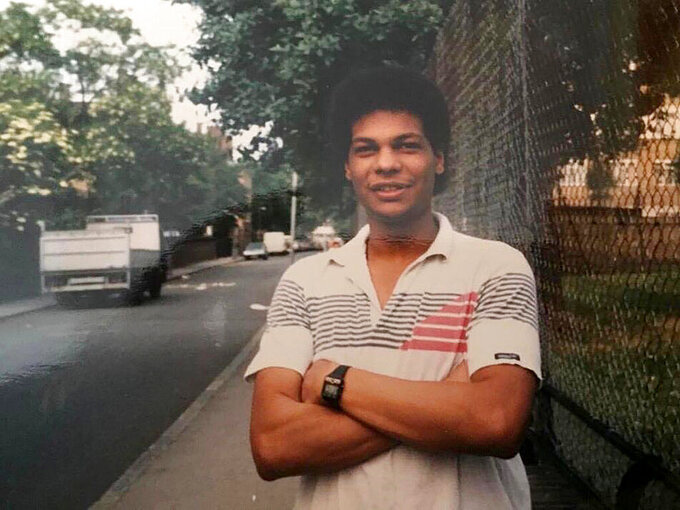 In this photo taken in the mid-1980s in north London then student Dr. Amged El-Hawrani poses for a photo. El-Hawrani, a 55-year-old father of one died March 28 at Glenfield Hospital in Leicester, becoming one of the first frontline doctors in Britain's National Health Service to lose his life in the pandemic. (Photo via AP) 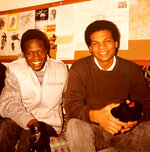 Amged El-Hawrani was one of them, a doctor who went to work every day as the coronavirus took hold even though he might be exposed, risking his own life to treat patients at a hospital in central England.

The 55-year-old died on March 28, becoming one of the first doctors in Britain’s National Health Service to succumb to COVID-19 and a symbol of the acute danger all health workers brave.

Yet in life, he shunned attention, and would have been embarrassed to be described as a hero, according to his youngest brother, Amal.

“He would kind of nervously laugh or brush it off as people over-exaggerating,’’ Amal said. “He would say to you, `I’m just doing my job.‴

EDITOR’S NOTE: This is part of an ongoing series of stories remembering people who have died from coronavirus around the world.

Born in Sudan as the second of six brothers, he told friends about a carefree childhood in Africa, memories of playing soccer in the family's yard before his father, a radiologist, sought a new life for his family in the U.K..

It was before the era of mass immigration to Britain, and the El-Hawrani brothers found they often were the only non-white children starting out in their new neighborhood in Taunton, a large town in western England, and other places they moved.

That didn’t trouble Amged, who was 11 when they arrived. He considered himself as British as tea and crumpets.

“I don’t think he looked at himself and said that I’m different than everyone else,″ his brother Amal said. ``He was just a kid in a school, and he was very, very strong, very confident, and never let anything worry him or make him doubt himself. He just always persevered.’’

El-Hawrani's self-assurance took him to what is now known as London Metropolitan University, where he studied science and embraced the capital’s multiculturalism at a time of dramatic change in British society.

Former Prime Minister Margaret Thatcher had begun transforming - and dividing - the nation by selling off state-owned industries, cutting taxes and reducing spending on social services. In 1981, complaints about police discrimination against minorities and rising unemployment fueled riots in London and other cities.

El-Hawrani responded by making friends from all over the world. Greeks. Zimbabweans. People from all corners of Asia.

He enjoyed his youth, reveling in the music of Stevie Wonder and Michael Jackson, and the comedy of Richard Pryor and Robin Williams together with his brother Ashraf, just 11 months older.

They both liked cars, too. El-Hawrani zipped around in an Alfa Romeo GTV6. Years later, he would recall how the sports car smelled -- something like Paco Rabanne cologne mixed with the wood of the steering wheel.

The brothers also shared a vision of medicine as a cool and noble profession. They went off together to study at the Royal College of Surgeons in Ireland. Life in Dublin brought events of life-altering joy and sorrow.

While driving around looking for frogs to dissect, El-Hawrani and a fellow student offered a ride to two Irish sisters who had missed the last bus into town. Amged’s classmate tried to strike up a conversation with Pamela Foley, but she was more intrigued by the quiet one. They eventually married and had a son.

Tragedy intervened in 1992. El-Hawrani went to check on his brother at their mother's urging when she couldn't reach her eldest son. He banged on the door of Ashraf's apartment and finally forced his way in. He found his 29-year-old brother dead from a severe asthma attack.

That left El-Hawrani as the eldest, with all the responsibility that came with it. Yet Amal can't recall ever hearing him complain about a problem or issue.

“The opposite was true, in that we would all lean on him very heavily," he said.

Outside his family, work was El-Hawrani’s life.

He clawed his way up in a system that didn't always support people of color. He sought post-medical school training in London or another big city in England but ended up in Wales, where he would jokingly tell his brothers that he could see “sheep outside of my front window and cows outside my back window.”

He worked in Ireland and Canada, and became an ear, nose and throat specialist.

Eventually, he found recognition. He was a physician, a trainer and an associate clinical director.

NHS officials credited El-Hawrani with playing a key role in the merger of two hospitals that had struggled with low staff morale and retention. He brought the teams together, said Gavin Boyle, chief executive of University Hospitals of Derby and Burton.

El-Hawrani loved to travel when he wasn't caring for patients or teaching future doctors at Queen's Hospital Burton, an acute care facility in a town known for beer brewing. He made several visits to Disney World in Florida with Pamela, and their son, Ashraf, who is named after his late uncle and is now 18.

On one visit, the family saw a sign with the words “A hero is…’’ on it and a spot to take a picture. His wife and son tried to get El-Hawrani to pose beneath it. He resisted. So typical.

“He did not seek the praise and approval of others. He was satisfied by viewing the positive effects of his actions and the well-being of his family,’’ Ashraf said in a statement. “I am incredibly proud to say that for 18 years of my life, Amged El-Hawrani was my father.”

This version has been corrected to show the car model to GTV6, not GT6.