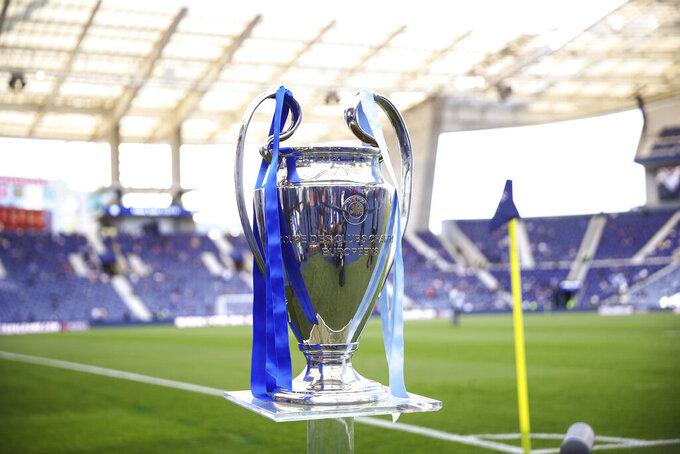 The Champions League trophy is displayed prior to the start of the Champions League final soccer match between Manchester City and Chelsea at the Dragao Stadium in Porto, Portugal, Saturday, May 29, 2021. (Carl Recine/Pool via AP)

NYON, Switzerland (AP) — Malta’s domestic champion was removed from the Champions League qualifying rounds by UEFA on Wednesday for the club’s past links to match-fixing.

Hamrun Spartans failed the entry rules for being “directly and/or indirectly involved in activity aimed at arranging or influencing the outcome of a match,” UEFA’s appeals body ruled.

The fixing case dated back to the 2012-13 season, Maltese media reported, but the team had not qualified for any UEFA club competition since then.

Hamrun Spartans won its first Maltese title in 30 years as the leader in April when the league was formally abandoned because of the COVID-19 pandemic.

Runner-up Hibernians is set to enter the draw for the first qualifying round next Tuesday. No Maltese team ever advanced to the Champions League group stage.