Mariners get back reliever Graveman after COVID issue 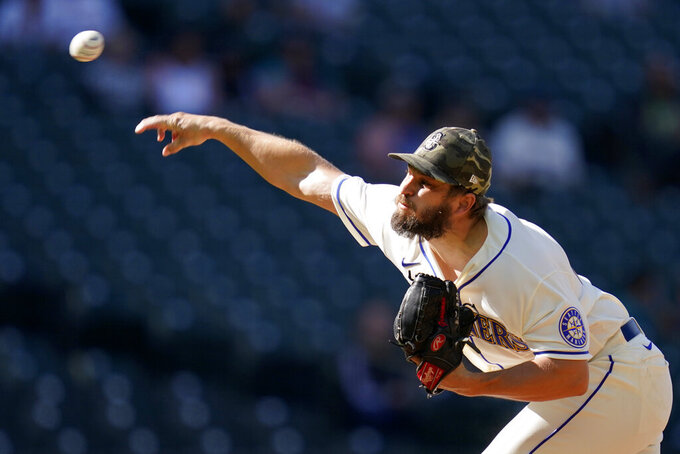 Seattle Mariners relief pitcher Kendall Graveman throws against the Cleveland Indians in the ninth inning of a baseball game Sunday, May 16, 2021, in Seattle. (AP Photo/Elaine Thompson)

CLEVELAND (AP) — Seattle Mariners reliever Kendall Graveman is back with the team after being on the injured list following a COVID-19 scare.

The 30-year-old right-hander, who had been out since May 23, was activated Friday before the Mariners opened a three-game series against the Indians.

Graveman spent two weeks quarantined in San Diego. Before he was sidelined, he had been one of the league's top relievers. He recorded five saves and did not allow a run in 16 2/3 innings over 14 appearances.

Manager Scott Servais said he'll likely ease Graveman back into his usual role. He hasn't pitched in a major league game since May 16 — against Cleveland — and made just one rehab appearance for Triple-A Tacoma on June 8.

The Mariners also activated right-hander Justin Dunn (shoulder) to start the series opener. He went on the injured list June 2 with inflammation.

Relievers Yacksel Ríos and Keynan Middleton were optioned to Tacoma.