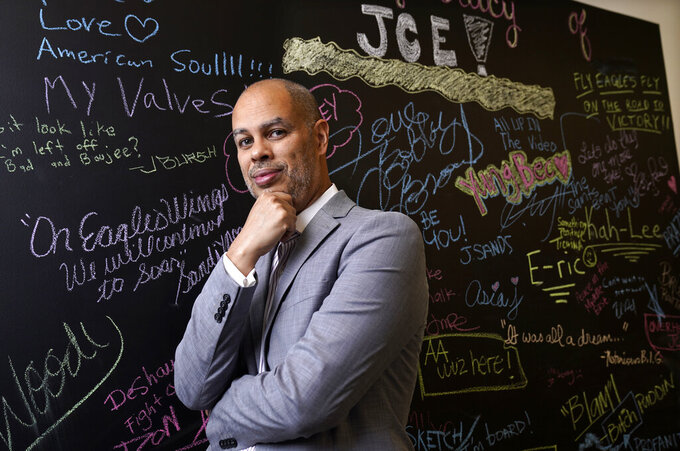 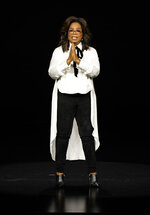 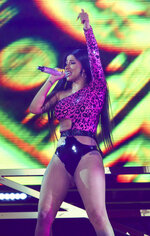 NEW YORK (AP) — It wasn’t “You get a car!” but Oprah Winfrey gave TV executive Jesse Collins something equally, if not even more, cool: “You get to produce the Oscars!”

Emmy-nominated Collins has had success over the years with the BET Awards, the Grammy Awards and various TV specials, and now he’s bringing his magical touch to the 2021 Academy Awards, thanks to a co-sign from the queen of all media.

“I got an email from Oprah saying, ‘What’s your cell?,’” Collins recalled to The Associated Press. “She had a conversation with Bob Iger and Disney, and she had recommended me for the Oscars.

“It’s interesting because (the Academy and I) had met in previous years but then this was the year. I think the Oprah stamp definitely helped push it,” he added. “It’s like the greatest reference you could ever have. You know, on a job reference you put your mom and your best friend who you know won’t say something stupid and your cousin, who also has a good job. Oprah trumps all of that.”

Collins’ Oscars gig will come weeks after the March 14 Grammys — this year he's been promoted to co-executive producer — and two months after he became the first Black executive producer of the Super Bowl halftime show.

“I did not expect them to all line up like this,” he said. “It’s a once-in-a-lifetime moment.”

He’s the busiest and most-requested man in showbiz. The 50-year-old is the CEO of Jesse Collins Entertainment, the production company he founded in 2012. He earned an Emmy nomination for producing the 2019 Grammys, and he’s had major success with the Soul Train Awards, Netflix’s “Rhythm + Flow,” “Black Girls Rock!” and the three-part “The New Edition Story,” which pulled in record ratings for BET in 2017.

He and his all-star team hit new heights with last year’s BET Awards, one of the first awards shows produced during the pandemic. The event was a critical success, as Collins and producers put together a show featuring highly produced and well-crafted pre-taped performances, with some centered around the Black experience highlighted by the Black Lives Matter movement, civil rights and the lives of those lost because of police officers, including George Floyd.

“I think the BET Awards were a jumping off point for a lot of stuff. All of a sudden people just wanted to know how we did it and what made us go that way. The phone definitely lit up the day after we did the show,” he said.

One of those calls came from Desiree Perez, the CEO of Roc Nation, Jay-Z's entertainment company that started producing the halftime show last year.

“It was life changing to work on something so prestigious with so much history,” Collins said of the spectacle starring The Weeknd. “Just to see how the machine works that pulls that thing together was amazing. Now I understand how the mechanics of a halftime show work. It’s not like anything else.”

Next is the Grammys, which were originally supposed to take place on Jan. 31 but were delayed due to the pandemic. It will mark Collins' 10th year working on the show, where he's held positions like segment producer, consulting producer and producer. Performers include Taylor Swift, Cardi B, BTS, Billie Eilish, Megan Thee Stallion and Harry Styles.

Collins has a long history of working directly with musicians and booking A-listers for big events. He’s collaborated with Cardi B on both “Cardi Tries” on Facebook Watch and “Rhythm + Flow.” The latter series was a 2019 hit for Netflix, and the winner of the show — bilingual rapper D Smoke — is competing for two Grammys, including best rap album and best new artist.

“Rhythm + Flow” contrasts recent seasons of “American Idol” and “The Voice,” where its winners find little success and the spotlight remains on the celebrity judges.

“It’s a testament to the show,” Collins said, adding that he hopes the series gets renewed for a second season. “We really wanted to create a show where the show would become a steppingstone for the artist to go on and have a legit career.”

But the show will have to wait until Collins' schedule clears up. Just hours after he wraps the Grammys, the nominees for the Oscars will be announced: “That’s when it’s like a horse race. The three of us (producers) are coming out the gate.”

Collins is the fourth Black producer in the show's 93rd history, and soon after the April 25 event celebrating the year’s best in film, he would have completed his trifecta. And then he can rest.

“When the Oscars are over, we’re going right into BET Awards,” he said of the event that typically airs in June.

“I think I’ll go on vacation to my couch. I’m going to take a strong nap, like a nice old person nap where you say it’s only going to be 15 minutes and you wake up a day later.”