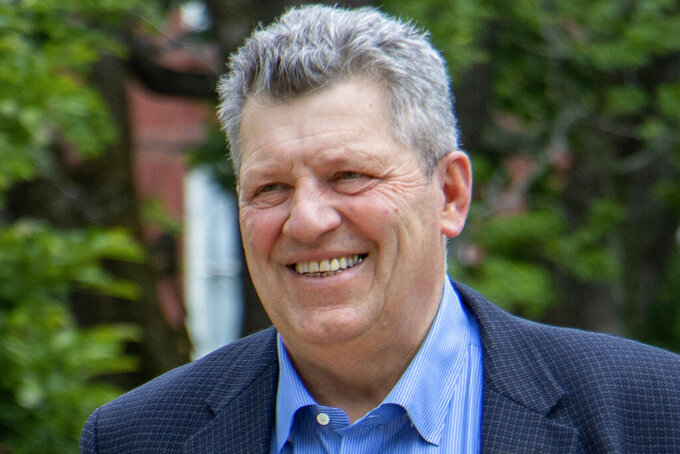 CONCORD, N.H. (AP) — Republican Senate candidate Corky Messner takes a hard line against China in his campaign, but his law firm once represented an insurance company run by the Chinese government that sued a U.S. manufacturer.

Messner, who hopes to unseat Democratic U.S. Sen. Jeanne Shaheen next month, is a founding partner of Messner Reeves, a Denver-based law firm with offices in five states. On the campaign trail, he is a frequent critic of China, blaming it for the coronavirus pandemic and calling it a rogue country that has damaged U.S. manufacturing.

“We need to bring back the economy so our families can preserve the American dream,” he says in a recent ad touting his economic plan. “In my USA Plan, we can provide incentives to American business to bring manufacturing jobs back to the United States from China – and create manufacturing jobs here in New Hampshire.”

In 2016, Messner Reeves attorneys represented China Export and Credit Insurance Corp. when it sued The Carlstar Group, a Tennessee-based maker of specialty tires, and several of its partner companies.

China Export and Credit was seeking $1 million it claimed was owed to a Chinese exporter, while The Carlstar Group said its payments were diverted after hackers breached the exporter’s data network. The suit was dismissed in 2017 after the two sides reached a settlement.

Asked about the lawsuit, Messner’s senior campaign adviser, Mike Biundo, said Monday it is impossible for Messner to know the inner workings of each case, given that he built a national law firm with thousands of clients.

“Further, it would not be appropriate for his business to make political decisions about what clients the firm engages with. Our republic is built on the premise that everyone is entitled to a lawyer,” he said in an email.

Biundo also took a swipe at Shaheen, via her husband, attorney Billy Shaheen, whose law firm has represented clients accused of sexual assault, stalking and other crimes.

“If the Shaheen campaign would like to discuss the questionable clients Shaheen & Gordon has served, we’d welcome that discussion,” Biundo said.

Josh Marcus-Blank, spokesperson for Shaheen’s campaign, said the senator is not involved in her husband’s law firm. And he sought to contrast Shaheen’s record of standing up for New Hampshire small businesses with what he called “Messner’s willingness to cash in with the communist Chinese government against an American business.”

“Messner is conflating an American’s right to legal representation with shaking down an American company on behalf of a foreign government,” he said.

In addition to bringing back jobs from China, Messner’s USA, or “Unleashing the Strength of America," plan also calls for legislation to ensure that government pension funds divest from companies controlled by the Chinese Communist Party.

In May, the Federal Retirement Thrift Investment Board said it would halt its decision to invest billions from the retirement assets of federal government employees in what Shaheen and others called “opaque Chinese firms engaged in human rights abuses.”