Michael King starts for Yanks in series opener against Rays 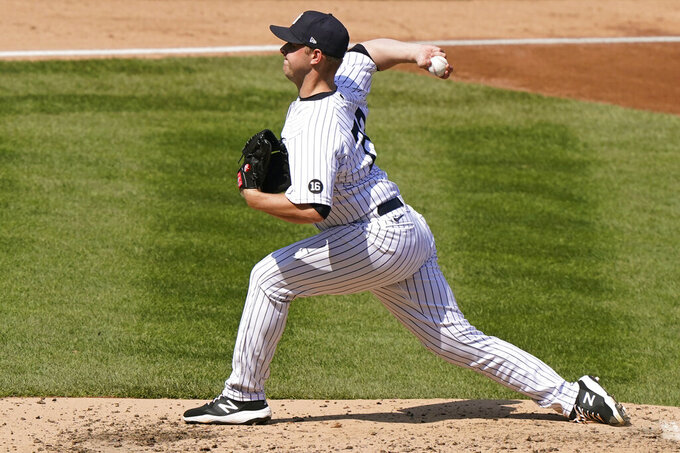 New York Yankees relief pitcher Michael King throws during the fourth inning of the team's baseball game against the Toronto Blue Jays, Sunday, April 4, 2021, at Yankee Stadium in New York. King allowed only one hit in six innings after he came into the game in relief for starting pitcher Domingo Germán. (AP Photo/Kathy Willens)

The 25-year-old right-hander allowed one hit over six scoreless innings during a 99-pitch relief appearance against Toronto in a 3-1 loss on April 4, then was optioned to the alternate training site.

King was 1-2 with a 7.76 ERA in four starts and relief appearances during last year's pandemic-shortened season.

Left-hander Jordan Montgomery (1-0) starts for the Yankees on Saturday and ace Gerrit Cole (2-0) on Sunday.

Tampa Bay had not announced its pitching plans for the series.