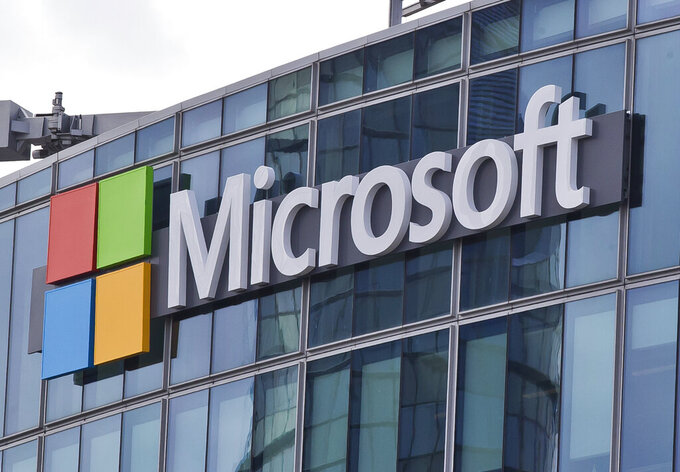 This week, Microsoft had a big test on its hands — how to help transform the world's biggest gadget show into an online-only event.

The choice of Microsoft to power this year's CES and create a virtual showcase for its 1,800 exhibitors gave the tech giant a big promotional boost over its best-known cloud computing rivals, Amazon and Google.

But it also posed reputational risks, as organizers of this week's event tried to cobble together a trove of web content and mostly prerecorded panel discussions in a way that could at least partially evoke the gaudy, high-energy convention that takes over the Las Vegas strip each January.

At times, it was hard to pretend this year's virtual CES was a live event.

The Consumer Technology Association, the trade group that runs CES, said it made a final decision in July that its premier event would be virtual, then put out a request for bids and evaluated more than 40 digital platforms before announcing its choice of Microsoft in October. The tech company already had some experience hosting its own big events virtually during the pandemic, including last year’s Build and Ignite conferences, each of which had roughly 200,000 participants.

But Microsoft's marquee involvement in CES is a change from recent years when Google and Amazon dominated the annual Las Vegas convention with ubiquitous marketing and splashy displays — even a theme park-style ride — as they competed against each other to showcase their digital voice assistants.

Microsoft, by contrast, has kept a lower profile as it's shifted from a consumer-focused business to one focused on selling its software and services to big organizations.

“Microsoft as a partner might have affected a couple of companies who view themselves as competition, I’m not sure,” said Gary Shapiro, president and CEO of the CTA.

Neither Google nor Amazon has said if they had sought to win the contract to run this year’s digital CES, but both companies were mostly sitting out the show this year and showcasing their latest wares elsewhere.

“We talked to all the leading tech companies,” said Jean Foster, CTA’s senior vice president of marketing and communications. “Many of these companies were taking the physical world and putting it online. They had avatars walking around a virtual show floor. That’s just not consistent with what we’re doing.”

The event also needed a cloud computing provider that could handle a huge volume of attendees from around the world. And it needed to be able to create a system to register, bill and authenticate attendees.

“We needed high performance and security, so obviously that’s built into the Microsoft brand,” Foster said.

But the job required Microsoft to accomplish some tasks that went beyond what it did for its own events – namely, to recreate, or replace, the experience of a giant showcase of gadgets and technology.

“How could we bring a large group of exhibitors together and show off what they had to say and their value propositions in a way that’s not an expo,” said Bob Bejan, the Microsoft executive who runs its global events and production studios and is leading the CES project. “Because you can’t translate this stuff. You have to reinvent in this medium.”

Anchored at Microsoft’s production studio in Redmond, Washington, the event is designed to turn a typical directory of exhibitors into an interactive digital experience using a mix of video, audio and chat. It’s a test for Microsoft products such as Teams, the workplace communications app that the company is trying to make a must-have service for workplaces during the pandemic.

Conference attendees could send each other messages — no more than 250 of them — and use Teams for virtual meet-and-greet sessions that Bejan said was supposed to work like a “digital parallel to what you would do at an expo or a hotel lobby bar.”

Even when the pandemic wanes, Bejan said Microsoft is pivoting to a future in which he expects digital experiences will remain an important component of conferences and other live events.