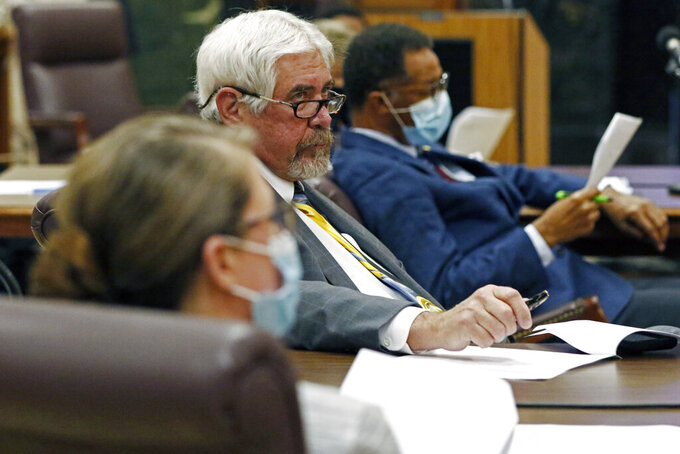 JACKSON, Miss. (AP) — Mississippi legislators are trying to improve the health of new mothers and their babies by allowing women who are enrolled in Medicaid to keep that coverage for up to a year after giving birth — an increase from the current limit of 60 days.

A bill in the Senate would expand postpartum coverage for pregnant women, require Medicaid to reimburse for telehealth services provided by federally qualified health centers and rural health clinics and order the managed care organizations that run Medicaid to implement programs to improve the health of members diagnosed with diabetes, among many other changes.

The Mississippi House is also working on its own version of the bill, House Bill 1008. House Medicaid Committee members met Tuesday but did not have a firm estimate of the cost.

During a Senate Medicaid Committee meeting Monday, Blackwell said Mississippi needs to bring down its infant and maternal fatality rates. Mississippi has the highest rate of infant deaths in the country and ranks among the worst for maternal deaths.

“We have to have advances in the health outcomes of our constituents,” Blackwell said.

“I'm not sure if you guys know, but currently for a pregnant woman, they are at about 60% way through their gestation period before they can get on Medicaid,” Blackwell said. “That's just not acceptable.”

The Mississippi Division of Medicaid has temporarily extended coverage to postpartum women who enrolled in Medicaid while pregnant with no time limit, as part of a condition of federal COVID-19 relief funding.

A pregnant mother with no other children is eligible for Medicaid in Mississippi if her monthly income is less than $2,116. About 67% of all births in Mississippi were covered by Medicaid in 2017, according to a Kaiser Family Foundation Medicaid Budget Survey.