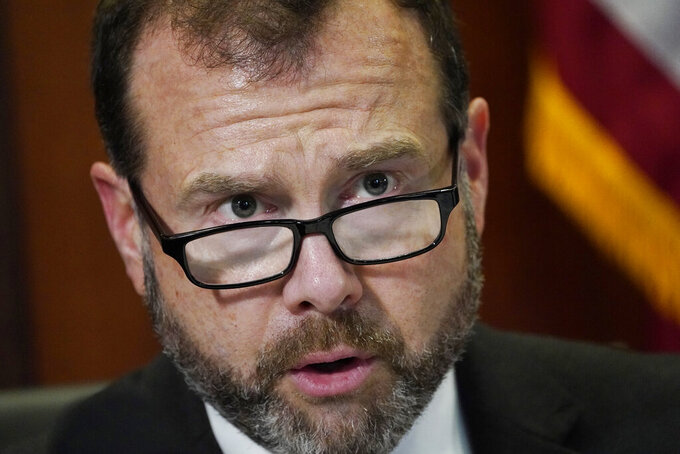 JACKSON, Miss. (AP) — The Mississippi Emergency Management Agency is getting a new leader.

Gov. Tate Reeves announced Thursday that he has nominated deputy director Stephen McCraney to become executive director for the agency, which for the past year has been focused on the state’s response to the coronavirus pandemic and several natural disasters, including massive tornadoes.

McCraney will need to be confirmed by the state Senate, but he stepped into the new role immediately and can serve while waiting confirmation.

Then-Gov. Phil Bryant chose Michel to lead MEMA in 2018. Reeves became governor in January 2020, and he kept Michel in the role.

Michel was hospitalized with COVID-19 in December, and Reeves said during a news conference Thursday that Michel had been wanting to retire.

McCraney had been deputy director and chief of staff at MEMA since 2016. In a news release, Reeves described his work ethic as “second to none.”

“He has a command of Mississippi’s emergency infrastructure, and there is no steadier hand in a crisis,” Reeves said of McCraney.

McCraney served 28 years in the Mississippi Army and Air National Guard and was a lieutenant colonel. He responded to Hurricane Katrina in 2005, the Deepwater Horizon oil spill in the Gulf of Mexico in 2010, a tornado that struck Smithville in 2011 and the Mississippi River flooding of 2011.

“I’m deeply honored to take the helm of MEMA. This agency has shown tremendous strength within the last year," McCraney said in the news release. "I will strive to keep Mississippi and her citizens ready to handle any manmade or natural disaster that comes our way; and forge an even greater relationship with our county EMA directors to ensure the needs of all Mississippians are met during a disaster."