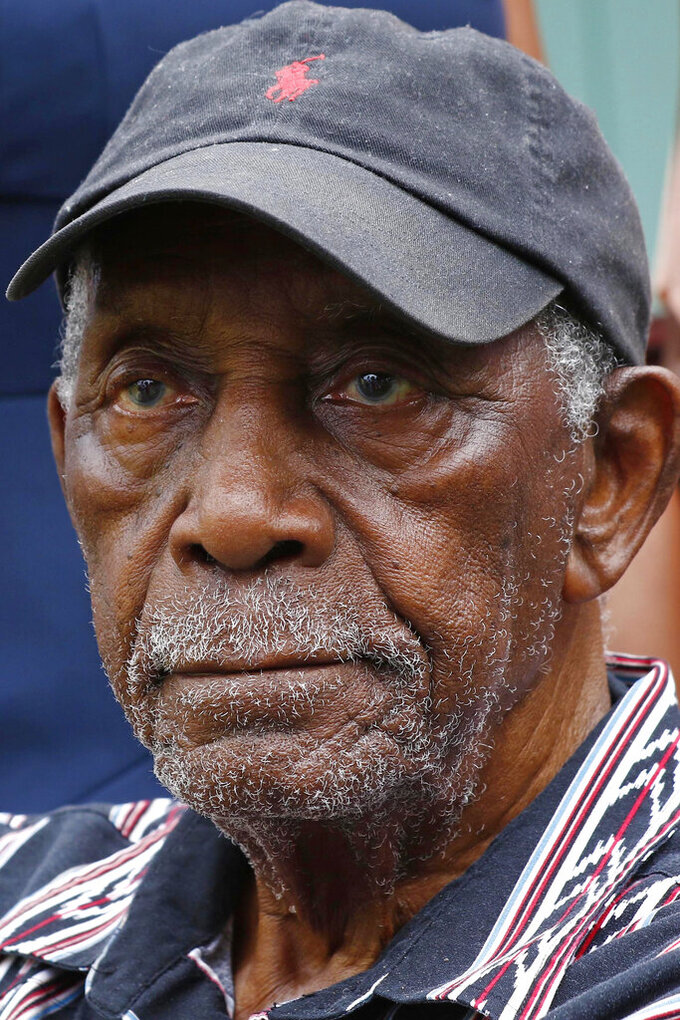 JACKSON, Miss. (AP) — Charles Evers, who led an eclectic life as a civil rights leader, onetime purveyor of illegal liquor in Chicago, history-making Black mayor in deeply segregated Mississippi and contrarian with connections to prominent national Democrats and Republicans, died Wednesday. He was 97.

Evers — who was the older brother of slain civil rights leader Medgar Evers — died of “natural causes” at a home in the Jackson, Mississippi, suburb of Brandon, where he was surrounded by relatives, Rankin County Coroner David Ruth told The Associated Press. Ruth said the cause of death was not the coronavirus, and no autopsy is planned.

Charles and Medgar Evers both served in the military during World War II, and they became active in the NAACP when they returned to their home state of Mississippi and continued to face discrimination.

Medgar Evers had been field secretary for the Mississippi NAACP for more than eight years when he was assassinated outside his Jackson home in June 1963. In 1968, a former fertilizer salesman and self-avowed white supremacist, Byron De La Beckwith, went on trial twice in the killing, but all-white juries deadlocked and did not convict him.

The case was later revived, and a jury of eight African Americans and four white people convicted Beckwith of murder in 1994. The Mississippi Supreme Court upheld that conviction in 1997.

“Before, the killer of a Black man would go free. Now we know you just can’t go out and kill a Black man or woman and nothing is done,” Charles Evers said after that Supreme Court decision. “Justice finally came.”

Charles Evers was appointed to lead the Mississippi NAACP after his brother was killed. In 1969, he was elected mayor of the southwestern Mississippi town of Fayette, becoming the first Black mayor of a multiracial town in the state since Reconstruction.

During his long career, Charles Evers ran several businesses in Chicago and Mississippi. A Mississippi Blues Trail marker commemorates his career as a concert promoter with blues legend B.B. King, and it notes that Charles Evers was once in the bootleg liquor business.

In his office at a Jackson radio station in 2008, Evers displayed photos of himself with two former Republican presidents, Richard Nixon and George W. Bush; and with Democrat Robert F. Kennedy. As the U.S. attorney general, Robert Kennedy sat with Charles Evers at the funeral of Medgar Evers. Charles Evers worked on Robert Kennedy's 1968 presidential campaign and with with him the day Kennedy was assassinated in Los Angeles. Evers was among the passengers on the plane that took Kennedy's body from Los Angeles to New York.

Republican U.S. Sen. Roger Wicker of Mississippi said in a statement Wednesday that Charles Evers was one of his favorite people, with a career that “covered the spectrum from his roguish youth to a respected civil rights leader, mayor, businessman and radio host."

“Charles Evers was never afraid to challenge the accepted norms or fly in the face of political correctness,” Wicker said. "As an elected official, he navigated the circuitous route from Freedom Democrat to Independent to Republican. ... He used his powerful personality and platform to change Mississippi for the better.”

Evers ran unsuccessfully for an open U.S. House seat as a Democrat in 1968. He served on the Democratic National Committee in the mid-1970s.

He ran as an independent for Mississippi governor in 1971 and for a U.S. Senate seat in 1978. Although he lost those elections, Evers influenced the outcome of the Senate race by drawing support away from the Democratic candidate. That led to a victory by Republican Thad Cochran, who later became chairman of the powerful Appropriations Committee and remained in the Senate until early 2018.

Evers endorsed Ronald Reagan for president in 1980, and served as a delegate to the Republican National Convention in 1996 and 2000. He publicly supported Democrat Barack Obama for president in 2008 and 2012. Then, after the 2016 presidential election, Evers cast one of Mississippi's six electoral votes for Republican Donald Trump.

Trump on Tuesday tweeted a photo of Evers sitting with him in the White House.

"I am deeply saddened by the loss of my friend Charles Evers," Trump wrote. “Charles was a trail blazer in politics and a fearless leader, alongside his brother Medgar, for Civil Rights.”

On the day Evers cast the electoral vote for Trump, he described himself as an “independent Republican.”

“I’m a great believer in earning something. Democrats always want to give away something,” Evers said after the electors voted.

He said he is a longtime supporter of Trump.

“He’s a multimillionaire,” Evers said. “I like rich folks. Can’t nobody buy him.”