Netherlands downs China 8-2, sets up match against US 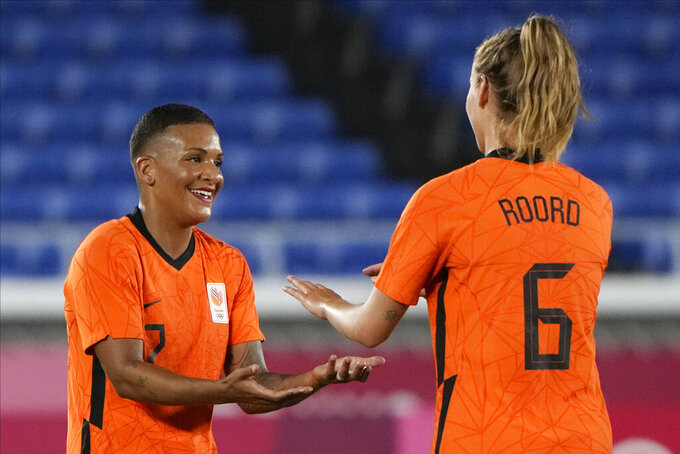 YOKOHAMA, Japan (AP) — Lieke Martens, Lineth Beerensteyn and Vivianne Miedema scored two goals each and the Netherlands secured its spot in the quarterfinals of the women's Olympic soccer tournament with an 8-2 victory over China on Tuesday.

The Dutch finished atop Group F and will face the United States in Yokohama in the quarterfinals on Friday, setting up a rematch of the 2019 World Cup final.

The Dutch were even on points with Brazil at the top of Group F, but held the edge for first place on goal difference. The 21 goals that the Netherlands scored in the three group matches shattered the record of 16 total tournament goals scored by the United States in 2012.

Miedema has a record eight goals so far in the tournament, breaking the mark of six set by Canada great Christine Sinclair.

The Netherlands reached the World Cup final two years ago in France but lost to the United States. The Tokyo Games are the Netherlands’ first Olympics.

China, ranked No. 15 in the world and playing in its fifth Olympics, was eliminated with the loss.