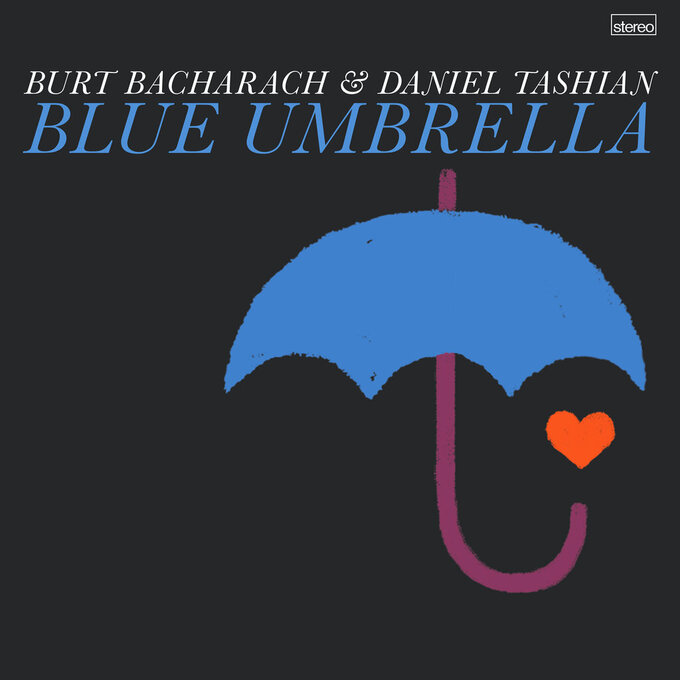 Burt Bacharach has been working on an ending.

Not that he's ready to call it quits on a career that began in the 1950s. Instead, the acclaimed composer is enjoying a burst of creativity at age 92, thanks to his new collaboration with Nashville singer-songwriter Daniel Tashian.

On Friday they'll release a five-song EP titled “Blue Umbrella.” And despite being separated by two time zones and a couple of generations, they're continuing to write music together, including a tune titled “Quiet Place,” which may be nearly finished.

“I do have an ending,” Bacharach tells Tashian during a recent three-way phone call. “It hits home. Later we will talk and I will play it for you. I think it’s what you’re looking for.”

That's the likely reaction of any Bacharach fan to the prospect of new music from the composer of “This Guy’s In Love With You,” “Raindrops Keep Fallin’ On My Head” and “What the World Needs Now Is Love,” among many other hits. The EP is his first album in 15 years, and he's glad to keep busy during the coronavirus pandemic.

“In these times it's like a lifesaver, while being terrified at what's happening outside,” Bacharach says from his home in Pacific Palisades, California. “It's a form of therapy.”

Tashian, 45, is also delighted by the improbable collaboration and its timing. His parents, the folk duo Barry and Holly Tashian, played in Emmylou Harris’ Hot Band. His dad was a member of the Remains when they opened for the Beatles at Shea Stadium.

And Tashian grew up a Bacharach fan.

“They say when the student is ready, the teacher appears,” Tashian says from his home in Nashville. “It’s a great thrill. There is a whole world of sound in his head that is so pleasing to be able to collaborate with.”

Tashian started writing songs in high school, plays in two bands and last month released his second children’s album, “Mr. Moonlight.” He won two Grammys last year for his role as a songwriter and producer on Kacey Musgraves’ critically acclaimed release “Golden Hour,” and that album brought him to the attention of Bacharach.

They first met at Bacharach's house the day after last year's Grammys and immediately hit it off.

“The more we spent time together," Bacharach says, “the more I liked Daniel, and the more brilliance he showed to me.”

Over the phone, Bacharach has the same raspy voice that sang “Close to You” with Barbra Streisand on network TV. That was before social distancing, as the intimate 1971 performance suggests.

An appearance on a recent promotional Zoom call shows Bacharach also still has a California chic shock of gray hair. He might hunch a bit, but then that's piano player posture, and he doesn’t look, talk or write like he’s 92.

Bacharach once wrote a song titled “(It's) Wonderful to Be Young,” but he has always worked as though time were on his side.

“It took me three weeks to write ‘Alfie,’” he says. "I never enjoyed anything else while I was trying to finish that song. I was going to the theater and not enjoying the play, because my mind was on trying to solve a problem with ‘Alfie.’

“But they don’t give medals for speed.”

Bacharach was working for Marlene Dietrich in Las Vegas in 1957 when he learned he had his first hit — a country rendition of “The Story of My Life” by Marty Robbins. Such is the range of artists drawn to Bacharach's work over the decades.

Now comes “Blue Umbrella,” with Bacharach composing most of the music and Tashian writing most of the lyrics. It's a set of graceful, soulful ballads with an air of sophistication that is classic Bacharach.

One song, titled “Bells of St. Augustine,” includes a one-octave interval in the melody. It was Tashian's role to sing the songs, and he filled it beautifully, although he concedes he doesn't read music well and was a bit unnerved to have Bacharach assessing his studio performance from the piano.

“I remember one time saying, ‘Burt, is there anything you want me to change?’” Tashian recalls with a chuckle. "And he said, ‘But wait a minute, you didn’t even get the notes right yet. Let’s not change anything, let’s just get it right.’

“It’s a learning thing for me, and I'm enjoying singing these songs so much. They are difficult, but you really feel alive. There are some interesting intervals, and when you land the jumps, you feel a certain triumphant feeling.”

They finished recording the EP before the pandemic began. When it ends, they hope to perform the songs in concert, and also hope to write and record a full album together.

Tashian was struck when they first met by Bacharach's eagerness to keep working.

“I remember going into Burt’s writing room,” Tashian says. “There are a lot of trophies in there. I was thinking, ‘Man, if I had done half the stuff you’ve been able to do, I’d probably just put my feet up a little bit.’ He corrected me right away. He said, ‘You don’t want to put your feet up. You want to say, What’s next?'”