New Mexico to meet deadline for sending out relief checks 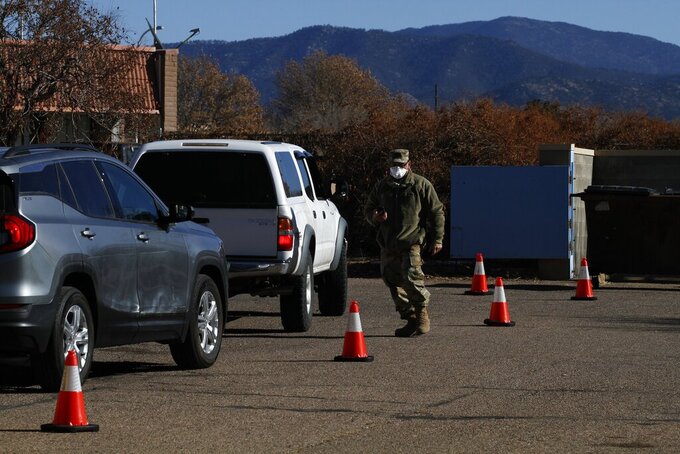 ALBUQUERQUE, N.M. (AP) — More than 15,000 low-income residents previously ineligible for stimulus checks have started receiving payments from the state, and New Mexico officials are hopeful the next round of federal aid once approved could provide another opportunity to lessen the economic sting of the coronavirus pandemic.

The Legislature during a special session allocated $5 million to the fund for those — mostly immigrants in the country without work authorization — who hadn’t received federal payments in April. An additional $2 million was also made available from the Cares Act Fund.

Drawing from unspent federal relief funds, New Mexico's relief package was part of a $330 appropriation that included additional money for New Mexicans already on unemployment or whose benefits had run out. Funding also was earmarked for more COVID-19 testing and support for food banks.

While COVID-19 cases have been declining in New Mexico, the economic fallout from the pandemic continues.

A report released Tuesday by Republican legislative leaders details how nearly $9.3 billion in initial federal stimulus money is being used in New Mexico. The analysis by the Legislative Finance Committee shows that state agencies allocated more than $2.3 billion for the 2020 and 2021 fiscal years for public schools, higher education, health care and efforts to combat the virus.

Republican Rep. Randy Crowder of Clovis, who requested the study, said the federal dollars have played an essential role in keeping New Mexico’s economy from facing a severe depression and have preventing budget shortfalls.

Congress on Monday approved a $900 billion pandemic rescue package, but not before tacking on a $1.4 trillion catchall spending bill and thousands of pages of other business. President Donald Trump has suggested he might not sign it, saying the bill contains billions of dollars in foreign aid and other spending not related to the pandemic and that direct relief for Americans should be increased.

State agencies had faced a Dec. 28 deadline for distributing the New Mexico aid. The payments issued this week were done via direct deposit or check.

Health Secretary Dr. Tracie Collins said during a briefing Tuesday that New Mexico is offering doses to health care workers and staff and residents of long-term care facilities as part of the first phase. Other groups will be able to schedule their vaccinations as the state receives more information about the number and timing of vaccine shipments in the coming weeks and months, she said.

The state has set up a registration app that enables New Mexicans to be notified when they qualify for the vaccine.

New Mexico State University announced Wednesday that it will help the Health Department distribute vaccines to the general public at its campuses throughout the state once doses become available. The school already has lined up equipment and volunteers from the NMSU system and the Burrell College of Osteopathic Medicine to support the effort.

State health officials on Wednesday reported that total confirmed COVID-19 cases in New Mexico since the pandemic began have topped 133,240 and the death toll stands at 2,243. That includes the 40 deaths that were reported Wednesday.