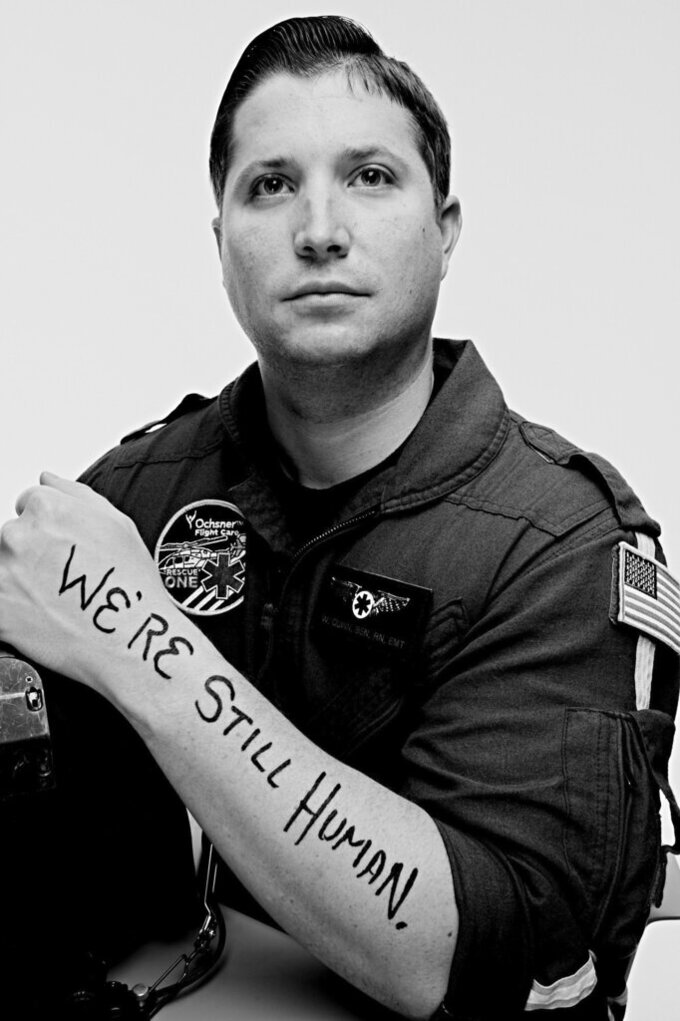 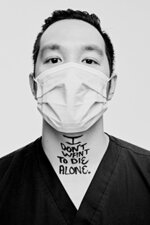 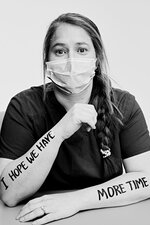 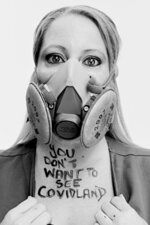 NEW ORLEANS (AP) — If the eyes of the nurses photographed for Robert Fogarty's latest project aren't expressive enough, there are always the words — emblazoned on forearms or faces or chests.

Fogarty, for those unfamiliar with his previous similar projects — including portraits of people affected by the Boston Marathon bombing and the Pulse Nightclub massacre — is the creator of Dear World. That’s the name for both his special event business, at dearworld.com, which includes photo sessions incorporating its signature words-on-skin style; and a nonprofit, at dearworld.org, where “we tell the stories of our time.”

Some of the portraits shot by photographer Daymon Gardner for the new “Dear Nurses” project, evoke hope and resilient spirits. Some are in memory of a lost patient. All are about the trials of having dealt with the sudden onslaught of COVID-19 in New Orleans last spring, from the accelerated mortality rate and trying to comfort dying patients isolated from their loved ones to worries about their own health and that of their families.

Little explanation is needed for some of the messages.

Another portrait evokes a horror movie poster. The nurse looks over a breathing apparatus, strapped to her face, that resembles part of Darth Vader's helmet. “YOU DON'T WANT TO VISIT COVIDLAND,” is written on her chest.

Others messages are cryptic. You have to read the accompanying essay to figure out why one nurse has “THE BREAD PUDDING PROMISE” scrawled on the outer edges of his hands. Or why the one physician among the 39 participants wrote “I NEED NORMAL SALINE” — the words in reverse order with backward letters — on his folded arms.

Seeing the finished product was cathartic for Ochsner nurse Sanders Coley. “I don't think I was able to control my emotions because it just symbolized all of the things I think I suppressed over the past year,” he said.

“We've all undergone so much anxiety, stress, depression and we haven't really been able to release that and show it," he added. “I think the production actually kind of relayed what we had been going through.”

A University of Oregon graduate who majored in journalism, Fogarty came to New Orleans as an AmeriCorps volunteer who for a time worked in city government during New Orleans' recovery from catastrophic flooding following levee breaches in 2005 during Hurricane Katrina.

He said “Dear World” sprang from an idea he had to make some cash when the local NFL franchise lifted the still-struggling city's spirits with a championship in 2010.

“I started ‘Dear New Orleans’ in the back of a bar on the day the Saints won the Super Bowl,” Fogarty recalled in an interview. "I set up for $5 in a tip bucket and asked people to write why they love New Orleans.

“I often wonder ... had the Saints not won that game, what I would be doing.” The work became popular locally on social media. “The next think I know, I'm at the Saints' ring ceremony and I'm photographing Drew Brees.”

At a subsequent event, a man chose not a New Orleans-centered message, but a personal one to write on his chest: “Cancer Free.”

After that, Dear New Orleans, grew into Dear World and projects where each subject, in Fogarty's words, “writes the first line, or the lead, to a story only they can tell."

The Dear Nurses project, which also includes an 11-minute video documentary showing some of the nurses at work and at home, was undertaken with the American Association of Critical Care Nurses. Participants, Fogarty said, were recruited and nominated from New Orleans hospitals through that organization.

Does he have a favorite among the portraits and stories? Coaxed to single one out, Fogarty talks about the nurse whose compassion was rooted in words she heard as a troubled girl of 16. In the portrait, the words are emblazoned on her throat and chest as she smiles at the camera. They are the words that, perhaps, saved her life when she called a suicide hotline and heard the woman on the other end of the line say: “I AM HERE FOR YOU.”