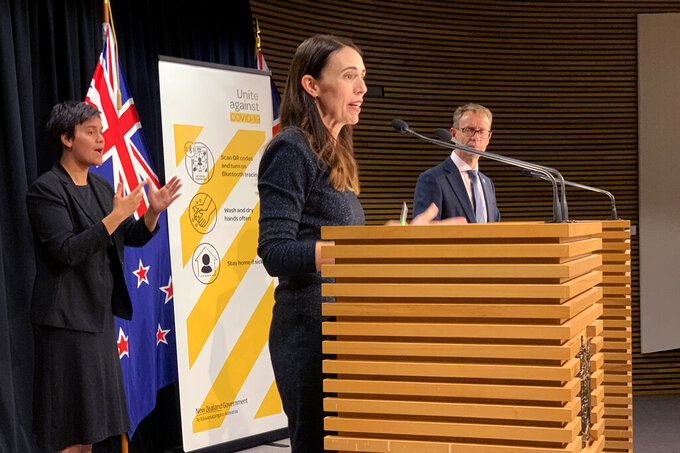 SYDNEY (AP) — The New Zealand “nomads” are back on the road again.

Due to continuing coronavirus quarantines in Australia and New Zealand, the Auckland-based New Zealand Warriors will play their National Rugby League season in Australia until at least the middle of June.

It means the team will be away from their families in New Zealand for four months, adding to the five months they were away in 2020 while playing all of their matches in Australia.

The Warriors haven’t played a match at their home Mt. Smart Stadium in Auckland since Aug. 30, 2019. If pandemic restrictions allow, they could return to their home venue on June 21 — nearly 22 months after their previous game at Mt. Smart.

Their return to New Zealand after the fifth round of the NRL season was contingent on a “bubble" opening between the countries so they could fly in and out for games without isolating. However, that now appears to be happening later than originally hoped because of new COVID-10 outbreaks in Auckland.

“On that basis, we’ve had discussions with the NRL and our players and staff about delaying our return to ensure we have some continuity for the first 15 rounds of the competition,” Warriors chief executive Cameron George said on Saturday. “Clearly this hasn’t been the outcome we wanted, particularly after being away from home for the entire 2020 season.”

The Warriors will now play seven of their 12 “home” games for the season out of Central Coast Stadium in Gosford north of Sydney. That’s the same venue they played all of their home matches in 2020.

Last May, the Warriors arrived in Australia and spent 14 days in isolation before being allowed to start training for the re-start of a suspended season three weeks later. They won eight matches, lost 12, finished out of playoff spot and returned to New Zealand on Sept. 27.